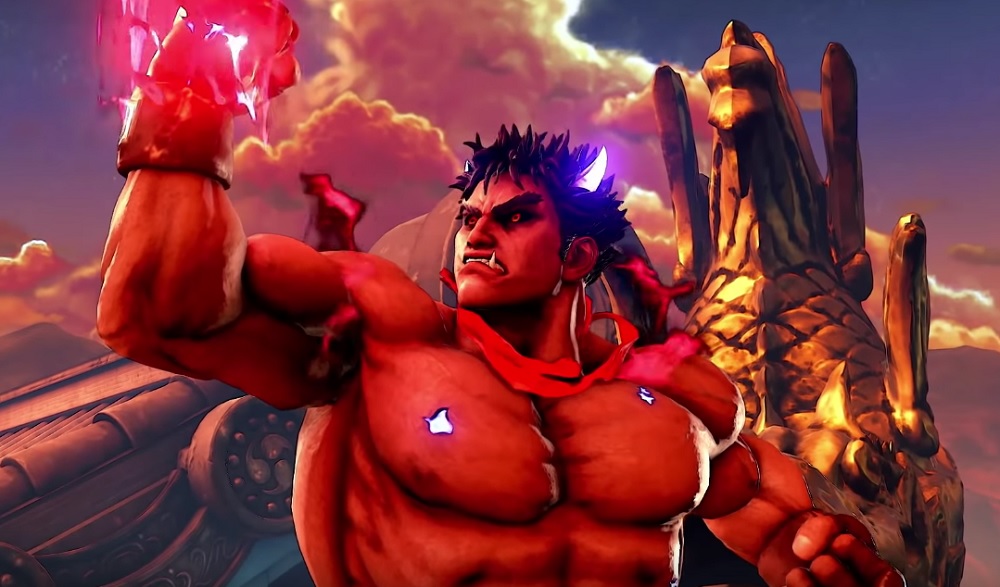 Capcom has not only revealed, but already unleashed a new fighter to the Street Fighter V roster. Kage is said to be the embodiment of Satsui no Hado, and the manifestation of its ultimate power within those who give in to its temptations.

So, some of you will remember the latter days of Ultra Street Fighter IV and the Evil Ryu character. Well, your boy is essentially back, now with added corny fangs, horns and a name already taken by a Virtua Fighter character. Regardless, Kage looks to be no less dominant in the ring, as the new trailer shows him cutting the nuts off of Akuma, Sagat and Ryu himself (not literally).

Kage’s first V-Trigger ability allows him to shadow teleport in mid-air to extend his brutal-looking combos. V-Trigger II gives him a range of ground-pound attacks, similar to Akuma’s Forward Fierce. Kage’s Critical Arts include a variation on Akuma’s classic Raging Demon, as well as the awesome Shin Shoryuken, a former technique of Ryu in USFIV.

Kage is already available to purchase in-game. Street Fighter V is available on PS4 and PC.