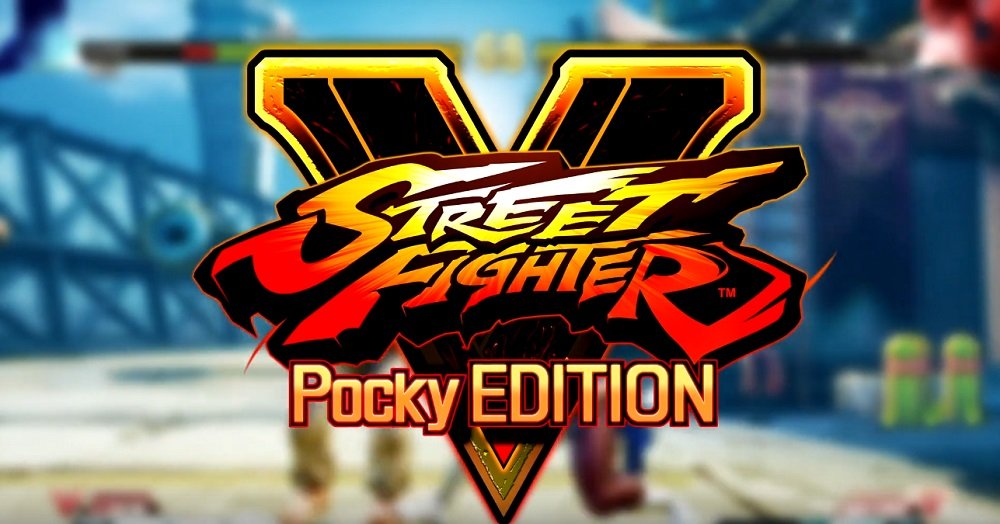 Capcom and food company Ezaki Glico has announced a collaboration to bring the Street Fighter V faithful, the “Pocky K.O. Challenge,” a bizarre spot of in-game marketing that combines the hard-fighting action of the most famous fighting franchise of all time with the popular thin, chocolate-covered sticks.

The rules are simple, yet frightening. Players must allow their health to be reduced to the point where the health bar matches the chocolate-to-biscuit ratio of a standard Pocky stick, and then win to fight to score a special “Pocky K.O.” Once done, players can send a clip of the Pocky K.O. to the Pocky K.O. Checker for confirmation. Street Fighter commentator James Chen explains the Pocky K.O. Challenge in the video below.

The prize, as such, appears to be the possibility that your Pocky K.O. might be one of eleven to be screened during the upcoming Capcom Cup in December. If that wasn’t enough Pocky, then a special exhibition match will also take place at the event, where professional players will engage in a special Capcom Cup Pocky Challenge, held on an exclusive UI variant of SFV dubbed Street Fighter V: Pocky Edition.

Street Fighter Pocky is Pocky on PockyS4, and PockyC.