Ok, yes we all hate third-party exclusives. It’s especially grating for a franchise as venerable and well loved as Street Fighter. This is a raw deal for the world warriors out there who have already plunked down money on an Xbox One and now have to scrounge up the cash for a PS4 if they want to keep tossing hadokens in the near future.

But aside from the saltiness and the knee-jerk reaction against exclusives as a concept? I have to say that a single console/PC exclusive with cross-play between the two platforms is pretty much as close to perfect as you can get for a popular fighting game.

It’s mostly a matter of practicality. For as popular and celebrated as Street Fighter is, the long-term player base for fighting games, the guys who are going to be sticking around a month after release, is fairly small in the grand scheme of things. It doesn’t make a ton of sense to take a game that is built on multiplayer, and split that small group of niche players up between different platforms.

I remember lurking the SRK forums and I’d see it again and again — players divided by platform. So-and-so would want to fight such-and-such for practice, or to prove a point, or answer a call out, only to find themselves, whoops, stuck on separate lines of the console wars. Murphy’s Law writ large and endlessly repeated. I have friends who I’ve wanted to play SFIV with since the game came out, but because we weren’t all psychic or rich enough to synchronize our console/game purchases, it’s never happened despite five years of saying “yo, we should really play a few sets sometime.”

Then there was the matter of the bill. If you really wanted to fight the streets in the last generation there was a HEFTY price tag attached to it. Multiple versions of the same game across two different consoles, fightsticks to match, and then the PC version too if you were a lunatic. That’s not even considering any money dumped into optional DLC you couldn’t bring between versions. It was madness.

You could funnel hundreds of dollars into a single game if it was important to you to have as much flexibility as possible. For hardcore tournament guys, this was a real possibility. Xbox Live supported the largest population, so you had to have the game on that system to meet a wide range of fighters, but then different tournaments would have different standards and preferences for hardware, often opting to host on the PS3. So you’d have to either get a stick for both systems, or invest in some insane mod converter and go down that rabbit hole. 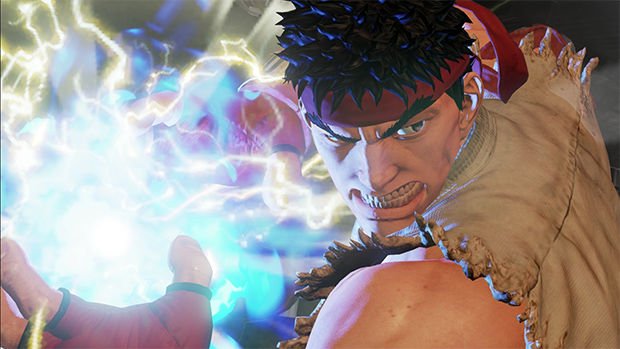 Granted, I’m talking about a very small sub-set of players. But the tournament scene has been the aspirational draw of fighting games for years now. While only a tiny number of players actually attend and compete at local tournaments, and even fewer make it out to EVO and SBO, those players set the tone for the entire community. It’s important to make that road seem as smooth and as inviting as possible, not some nightmare sinkhole of expenses, juggling multiple fightsticks.

Getting everybody on essentially one platform solves all of those issues.

The cross-play functionality comes with the added bonus of forcing Capcom to finally do right by the PC port as well. With cross-play happening between the PS4 and PC, the netcode and stability of the PC version will need to be up to snuff. Unlike the previous iterations of SFIV that have ranged from “serviceable” to “fucking broken,” SFV‘s PC port can’t be left out in the cold to shiver like some misbegotten orphan nobody wants to claim responsibility for. Capcom will have to step up and be a real dad.

Of course, I’m missing the most obvious point. SFV might not have happened (or at least not have happened so soon) without Sony’s help. We’ve all heard about Capcom’s financial woes; the company just isn’t doing so hot. Going exclusive is a fairly unattractive option for most third-party developers, so I have to imagine that if they are in a spot where going exclusive made sense, it must be a scenario where the game wouldn’t have been funded otherwise. Much like Bayonetta 2, I’d rather see a console exclusive version of a cool game than none at all.

Exclusives suck, but this is probably the best way for one to go down. It isn’t some lame cash grab “timed exclusive” or marketing ploy; the game wouldn’t have happened without going this way. Keeping the player base in a single shared exosphere is going to make it much easier for the community to interact and will ensure that the PC version actually works this time.

Making SFV exclusive on PS4 and PC is bad for consumer choice, there’s no way to avoid that fact. But it is better for the actual game.