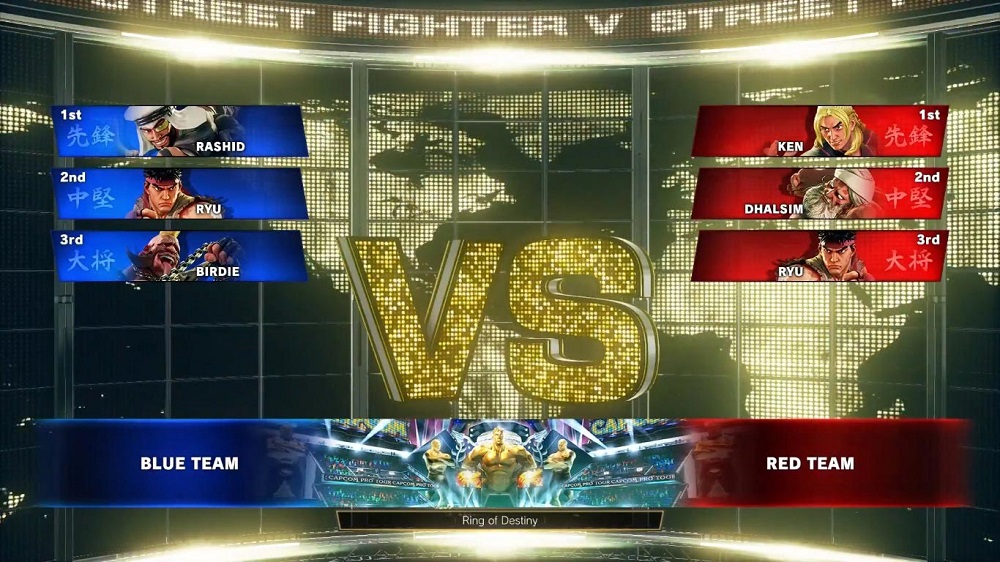 ‘Brick, Where did you get a hand grenade?’

Team Versus mode is coming to Street Fighter V: Arcade Edition. The new feature was announced via the Capcom Unity blog yesterday.

The mode will pit teams of up to five players against one another in a battle of endurance to be the last squad standing. Players will have to stick out their initial character choices, but will be able to change V-Triggers between matches, allowing for adaptation for their next opponents.

A range of customisation options will allow you to set certain rules: Choose whether meter and health is recoverable between matches, round and timer settings, player order, and if matches are to be fought Elimination style, or in a Best-Of series. It is also being reported that Team Battle is accessed through the “VS” menu, which suggests that is it offline-only (although CPU opponents is an option).

It’s good to see another mode announced for the re-issue. But, to be honest, Team Versus always dies a death within weeks. It did in Street Fighter IV and it did in Mortal Kombat X, to name just two examples. The problem lies in the fact that people are impatient, aware that they could have had multiple matches in the time it takes for eight or more players to have their series play out, leading to the mode becoming ghost town pretty quickly.

Provided you have comrades and opponents to hand, Team Versus is always a blast, especially when the pressure comes down on yourself as the last man standing. It can also be very useful in a tournament environment, where Team v Team truly comes alive.