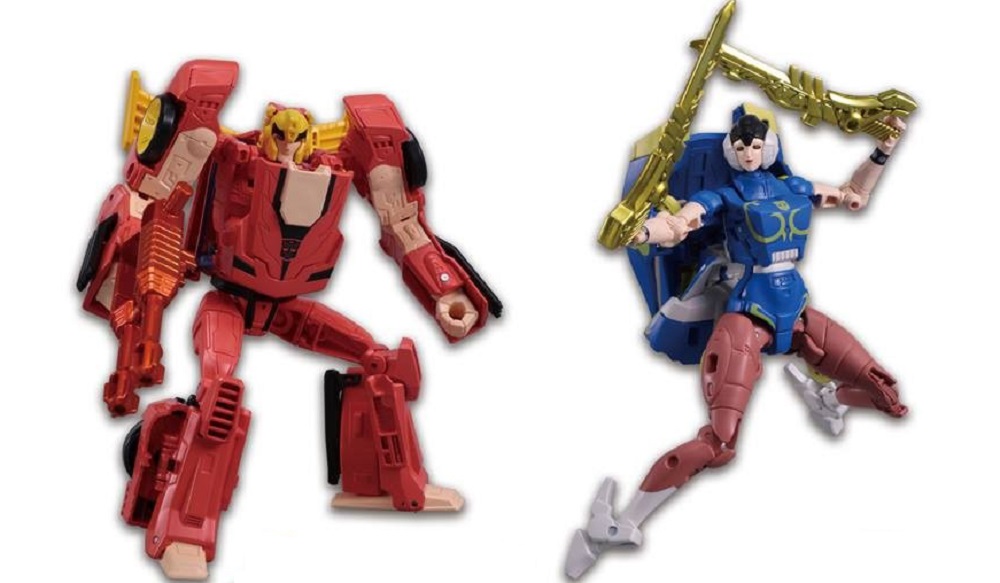 We may be bearing witness to one of the most baffling crossovers since Archie meets The Punisher, as a range of Transformers have been announced that are based on popular characters from Capcom’s legendary Street Fighter series.

Images of the Cybertronian warriors emerged yesterday and caused many a raised eyebrow, with people generally assuming they were fan-creations. However, official licensing was confirmed when the action figures then showed up on the official Tomy Takara website.

There are four Transformers in the range, based on poster boys Ryu & Ken, strongest woman in the world Chun Li, and massive bastard M. Bison/Vega. All four toys are repaints of currently existing Transformers, rather than original designs. The fighting game icons have been respectively adapted Convoy, Hot Rod, Arcee and — of course — Megatron.

If that isn’t enough, the heads of Ryu, Ken and Bison transform into tiny figures of themselves, to be used as drivers for their vehicular form. Be sure to hit the gallery below for a selection of fun images.

The characters will be released in double-packs, with Ryu & Bison priced around $115 and the Ken and Chun pack a slightly cheaper $75. The Street Fighter x Transformers sets are currently a Japan exclusive, scheduled for release in May 2018.

Now, you may begin your Transformers/Street Fighter puns…