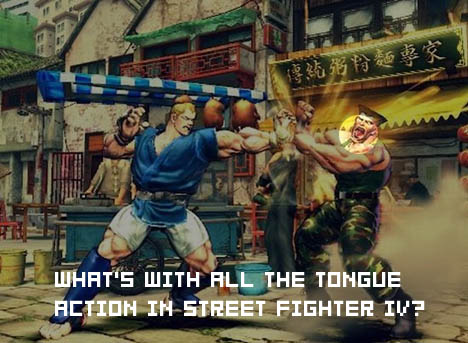 Up until about 10 minutes ago, I had no idea what the hell EliteXC was. It turns out that it’s a mixed martial arts event; kind of like Street Fighter, but with less crotch bulges. Maybe.

Those that tune in to CBS on May 31st (9 p.m. EST) to watch the EliteXC Saturday Night Fights will witness a 60 second Street Fighter IV trailer and 30 second Street Fighter IV television spots.  Immediately following the broadcast, the new trailer will debut on the newly redesigned StreetFighter.com. Don’t go looking yet, as there’s only a countdown timer there now. This new “artistic” trailer will feature Guile and newb Abel fighting.

When you visit the site, you’ll also be able to preorder your copy of Street Fighter IV for either the Xbox 360 or PS3 exclusively from GameStop. Those who do will receive a limited edition collectable Street Fighter Tribute artbook. Nifty!

I don’t care much about televised fighting, but I do dig Street Fighter. What about you? Will you be watching?