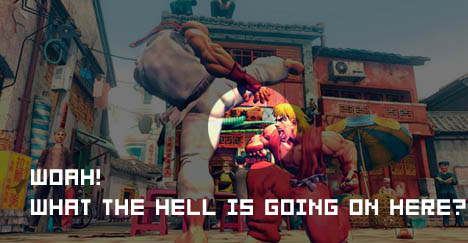 Capcom has beamed us a couple of announcements, with the biggest being the official console announcement for Street Fighter IV. Both the PS3 and 360 versions were pretty much a given, but the PC one took us by surprise. Well, not really; we’ve been hearing rumors about a PC version for awhile now. I guess actually seeing the words “Windows-based PC” direct from Capcom made it real.

The other announcement lets us know that Lost Planet: Extreme Condition COLONIES EDITION has shipped to retailers. This also concerns PC gamers, as this title is a PC/console cross-platform affair. This new version also brings new multiplayer modes, weapons, and characters to the table.

What do you think about all of this PC business? I like the idea of cross-platform, but will fighting fans (MUGEN doesn’t count) pick a PC over consoles? Do you think there will be cross-platform online gaming for SFIV?

Hit the jump for some of the interoffice comments on this announcement.

Nick Chester: While I have a moment, can I please add: PC? Who in the fuck is going to play Street Fighter IV on the God damned PC? I mean, COME ON. Really?

Dale North: My mom. That is, if the Street Fighter cast sits down at an online 1-2 Limit poker game.

Samit Sarkar: Yeah, it certainly seems like a waste of development resources. If anything, people will just plug their 360 controllers into their computers’ USB ports. And then they’ll die over and over again, because that D-pad sucks so much.