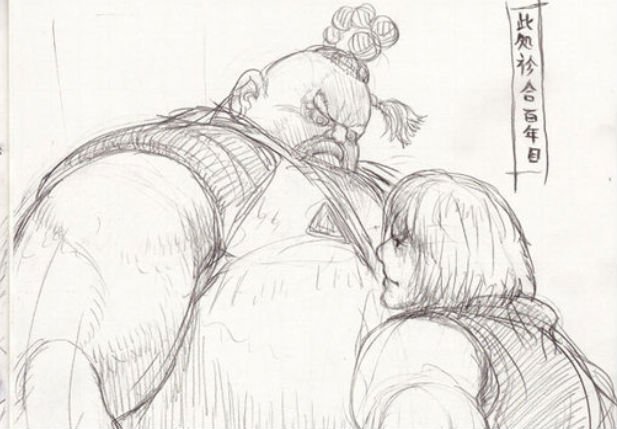 In a surprising twist, newly revealed concept art definitively proves that Street Fighter IV was originally planned as a homoerotic H-game. I’m going to assume that the game was hastily re-imagined as a fighter after American audiences proved less-than-receptive to eroge (see: RapeLay).

If you head to the gallery below you can clearly see that Ryu and Sagat were designed, not as mortal enemies, but as delicate lovers. Instead of shoryuken-ing Sagat’s chest open, Ryu can be seen gently cuddling him. In a more explicit example of man-on-man affection, you can also witness Ken, ahem, pleasuring Rufus. And in case you didn’t notice, the bomber behind Ryu and Guile is awfully phallic.

I guess this is where I should start waxing philosophical about how most games are really just male power fantasies that tap into guys’ inner eromenoi, but I’ll spare you guys the melodrama. In case you can never unsee the arguably tenuous homoeroticism in Street Figther IV, here are two Unicorn Chasers: here and here.

In all seriousness, I really like these pencil sketches and I wish more game companies would release concept art (preferably before the game hits shelves). Nothing ignites the imagination (and therefore the hype train) like a good piece of concept art.