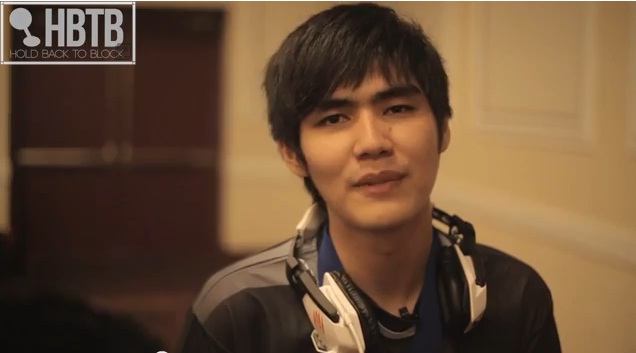 Hold Back to Block interviews the SFIV: AE champ

If you were watching EVO 2013, one of the standout performances was DM MCZ (Desperation Move and Mad Catz) | Xian’s Gen versus MCZ (Mad Catz)|Tokido’s Akuma. To get a bit more background information on what led to his big win, Hold Back to Block got the chance to interview him post-EVO, and talk about how he got started playing fighting games, his change from using Yun to Gen, the Singapore fighting scene, and much more.

His plan is to support his local scene, and he encourages people to go to Singapore gaming cafes and grow the community with him. Xian also talks very amicably about his competitors, and how he hopes to see Tokido next year at EVO 2014. I think I speak for all of us when I say Xian is a great representative of the fighting game community, and I’m happy for his success.