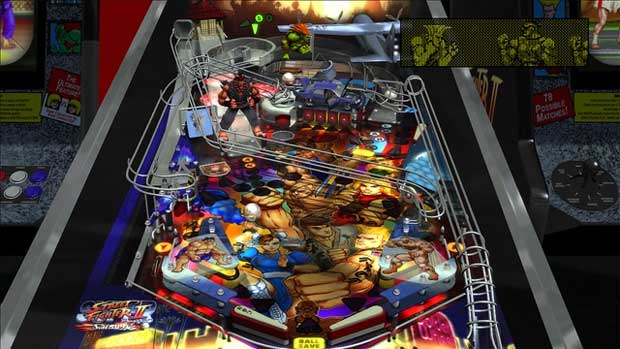 ZEN Studios has announced that its Street Fighter II Tribute pinball table — an expansion for ZEN Pinball — will be coming to PlayStation Network on August 20.

The table will feature all of your favorite Street Fighter characters, as well as combo shots that trigger animated “attacks” using art and sounds from the fighting game’s universe. If this seems a bit familiar, it’s because the table was previously released for the Xbox LIVE Arcade version of ZEN Pinball. According to ZEN Studios, it “was one of the most popular XBLA dowlnoads of all time.” Huh.

Any play the XBLA version? Is it worth a look for pinball fans who own the PS3?