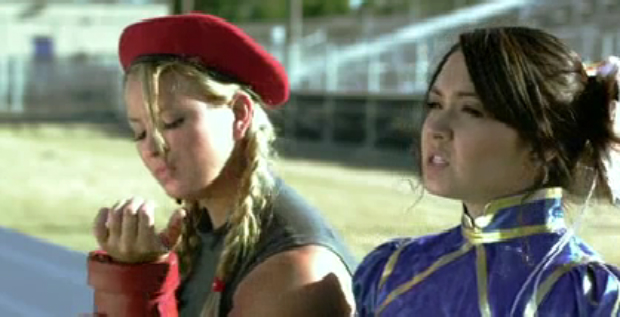 I did jump around each episode just to give myself a tease, so I can point out a few points of interest, such as Justin Wong getting the stink eye from every Street Fighter in class, Bison spitting some new lyrics on Big Pimpin’, and Street Fighter-themed remix of Funk Soul Brother. What more could you ask for from a Street Fighter musical?

Glancing through, I see a lot of characters that normally don’t get much love. Cody, Rose, Gouken, and Makoto all made the cut, amongst many others. No Sagat sightings yet though. Hope the grumpy old bastard gets some screen time.

Check out part two below and tell me what’s up.