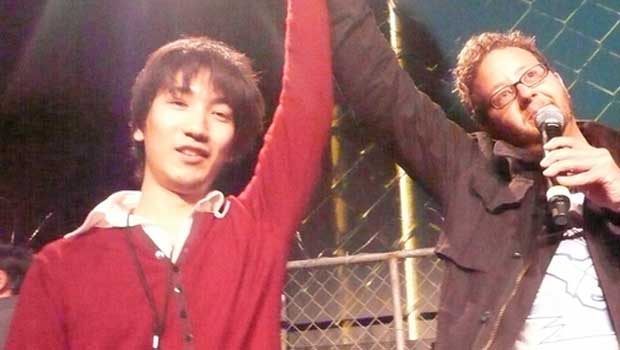 If your parents told you all of those hours spent playing Street Fighter at the arcade were wasteful, send her a link to this story, please.

Mad Catz has announced that it has teamed with fighting game champ Daigo Umehara (pictured above, next to Capcom’s Seth Killian) to a sponsorship and promotional deal. Daigo (the reigning Street Fighter IV champion) will represent Mad Catz at gaming events, using the peripheral maker’s range of FightSticks to defend his title. Additionally, Daigo will also be lending “a professional gamer’s perspective” to Mad Catz’s designers and engineers.

In a press release issued today, Daigo is already earning his keep, pumping up Mad Catz products. “In my opinion, the Mad Catz Tournament Edition FightStick is the most realistic and authentic Arcade Stick available, and continues to be my controller of choice when playing in tournaments.”

It’s almost like they’re paying him to say that! I kid, of course — the FightSticks are stellar products, but I’m pretty sure Daigo could kick my ass in Street Fighter IV playing with a Guitar Hero controller.