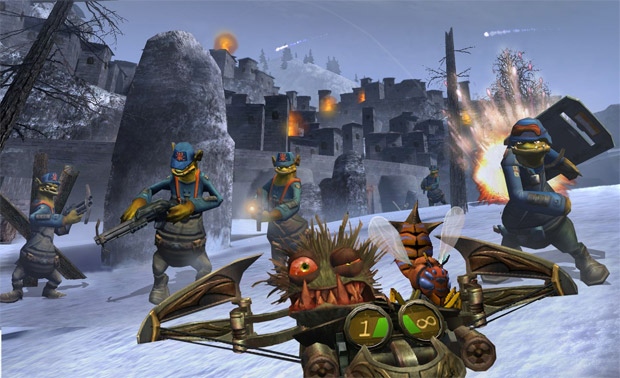 Many of us who bought The Oddboxx for PC last month were left disappointed in the worst possible way. This collection of Oddworld games — Abe’s Oddysee, Abe’s Exoddus, Munch’s Oddysee, and Stranger’s Wrath — contained titles that were unplayable on multiple levels.

Personally, I couldn’t get more than ten frames per second with Stranger’s Wrath. A patch has come out and thank eff, the game is now playable and actually runs in widescreen. I can’t speak for the current status of Munch’s Oddysee, but it’s supposed to not crash now.

While it’s sounding like there are still plenty of known issues, I’m just happy to be able to play a game I purchased. One that’s been on my pile of shame for far too long.