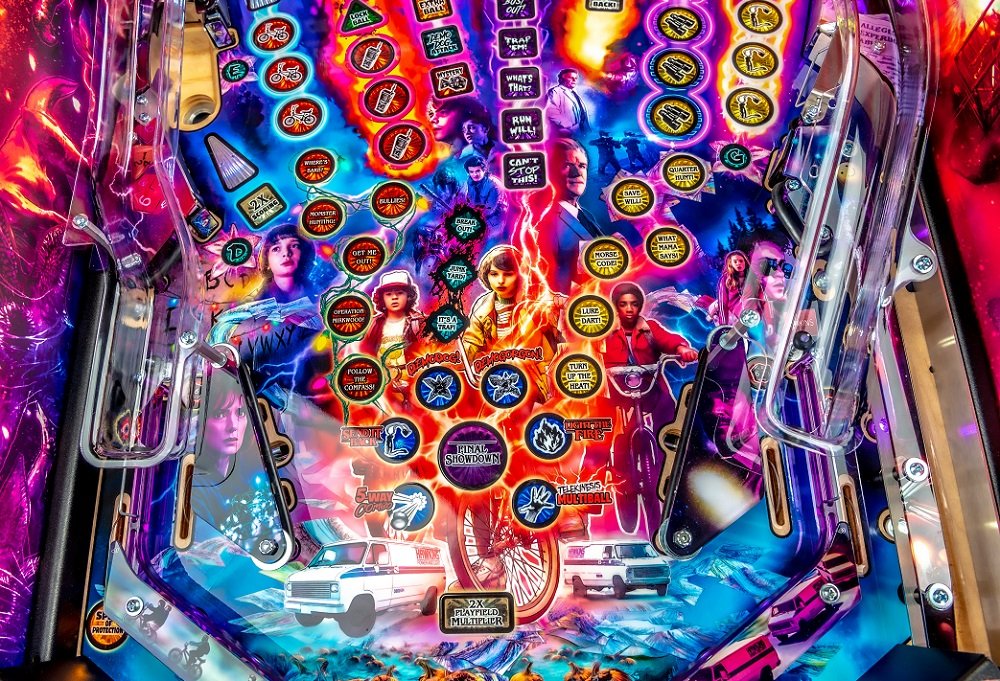 The Upside Down is calling…

Stern Pinball has revealed the next release in its line of slick pinball machines based on popular film and television franchises, as hit Netflix series Stranger Things prepares to adapt its weird and creepy world for silver ball shenanigans.

Stranger Things will tell an action-packed tale of the odd happenings around Hawkins, Indiana, as players attempt to get the bottom of several spooky mysteries pulled directly from the successful series. Expect appearances from regular characters such as Mike, Dustin, Joyce, Lucas, Will and Chief Hopper, as well as the mysterious psychic force known only as “Eleven.” You can check out images in the gallery below.

As per usual, Stern is releasing Stranger Things in three formats: Pro, Premium, and Limited Edition. The Premium model includes a built-in video projector, allowing for images and animations to be displayed directly on the playfield. Also featured are a main ramp that doubles as a video monitor, and a magnetic lock feature to represent Eleven’s telekinetic abilities. The Premium model will retail for $7,699.

The Limited Edition model, along with all features listed above, also features exclusive cabinet art, a mirrored backglass, custom art blades, an autographed bottom arch, anti-reflection playfield glass, and a shaker motor – a classic pinball feature that causes the whole cabinet to “rumble.” This LE is limited to only 500 machines globally and will retail for a cool $9,099.

Stranger Things is expected to ship in 2020. For more details you check out Stern Pinball’s official site. Incidentally, if you own Elvira’s House of Horrors, I’d like to be your best friend.