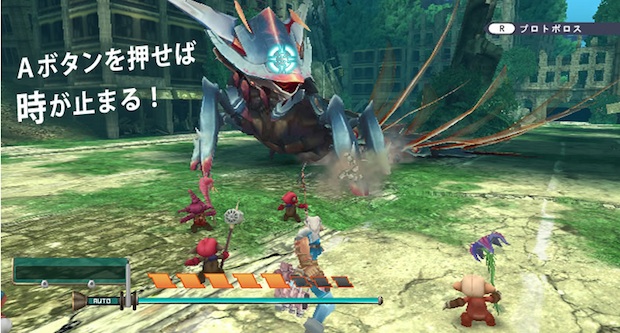 It’s been awhile since we’ve heard anything on Earth Seeker. The game’s odd take on the destruction of Earth had us interested a couple of months back, and now new details on the title have piqued our interest once again.

An update to the game’s official site fleshes out some of the game’s backstory. A black hole forced humans to leave Earth. They placed all their belongings and valuables on large ships and set off into space. Once ship didn’t fare very well: a gamma ray killed everyone inside. The ship’s computer continued on, though, finding a safe planet to inhabit.

This new planet wasn’t quite ideal, so the ship computers set out to make it so, generating Earth’s creatures on this new surface. But, because of damage from an emergency landing, monsters were created instead of Earth creatures. A thousand years pass, and then the game begins.

You play as a new type of “human” created from the ship’s computer. You’ll work with the planet’s natives, trading liquor for their Energy Balls, which you’ll need to progress.

Andria Sang says that the battle system mixes real-time and command-based systems. You’ll move your little human guy and then press the A button to freeze the action and input commands.

If you don’t mind doing your own digging, you’ll see more of the world, battle system and monsters by surfing around the official page a bit.

I’m pretty excited about this game from just the description. We’ll see more as we near closer to the Winter Japanese release. Maybe TGS next month?