Call it a sub-genre

No one is indifferent to nostalgia, but people certainly can get riled up over branding. Even those with a soft spot for Sony’s signature mascots are vocally upset by PlayStation All-Stars Battle Royale’s similarities to Nintendo’s Super Smash Bros. Funny enough, some beta players were even more upset that Sony’s four-player party brawler doesn’t play like Super Smash Bros.

Maybe all of this confusion and animosity has something to do with detractors not being familiar with the party fighters that came before and after Super Smash Bros. All-Stars bears many similarities to Nintendo’s hit series, but it’s not the only one. Calling All-Stars a Smash clone is no different than calling first-person shooters “Doom clones” or kart racers “Mario Kart clones” in this day and age.

The difference is that Super Smash Bros. is the only successful and popular game of its ilk, so it’s easy to forget that other games like it ever existed. Well, let’s try to remember and call All-Stars what it is: A four-player fighter that owes as much to Super Smash Bros. as it does to the games that inspired Nintendo’s series. 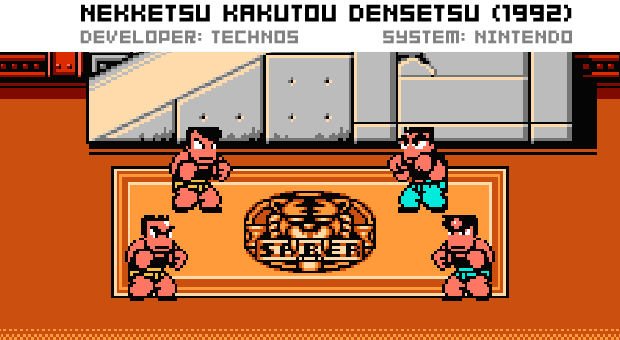 Technos was a pioneer of the 2D beat-’em-up with classics like Double Dragon and River City Ransom. The later of which is part of the Kunio-Kun series in Japan that included various sports games and the very first four-player fighting game. Densetsu included a story mode with the fighting and RPG mechanics of River City Ransom, but it was the innovative four-player Battle Mode that made Famicom owners want to purchase a Multitap. The controls are responsive but primitive. While seven stages don’t include weapons, there are environmental hazards, a staple in the genre. Though mostly forgotten, Densetsu‘s influence on the genre is massive. 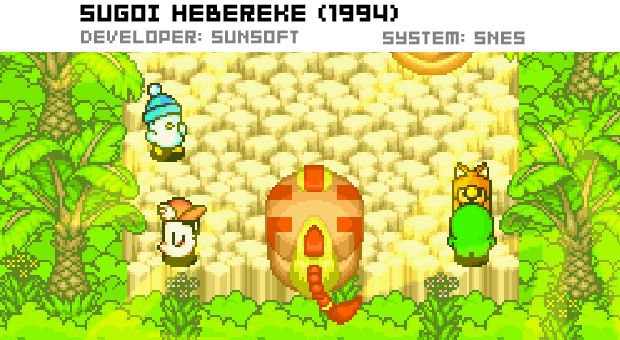 After establishing Hebereke as one of the great Famicom platformers (known as Ufouria: The Saga in the West), Sunsoft cemented the series on the Super Famicom as a solid falling-block puzzle franchise. Sunsoft must have grown tired of that, because it threw out the rule book with Sugoi. Like Densetsu, Sugoi features four-player arenas filled with hazards. Unlike Densetsu, the game is played from a Bomberman-esque top-down view and the goal is to push a character off the stage (sound familiar?). The result is a much more hectic fighting game that paved the way for Super Smash Bros. 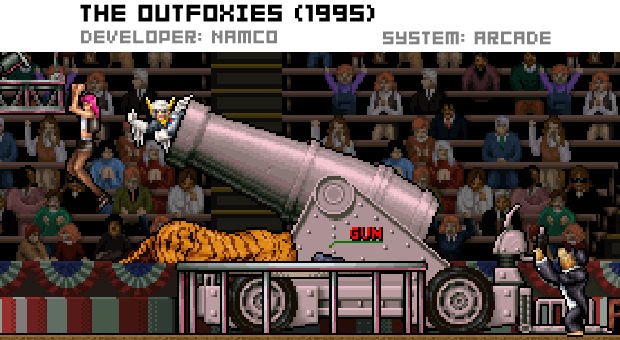 Jonathan Holmes called Oufoxies the best Super Smash Bros. alternative and I can’t argue against that. Though limited to two players, the arenas, chaotic combat, and eccentric presentation feel similar Super Smash Bros. Outfoxies may have made the biggest contribution to the genre in moving it to a 2D side-scrolling perspective. The levels are far more complex and imaginative than anything the genre had seen before it. The cargo plane level that shakes players around will be hard to top in All-Stars‘ Uncharted stage. Outfoxies also made a progressive step by including weapons you can pick up and unload on an opponent. 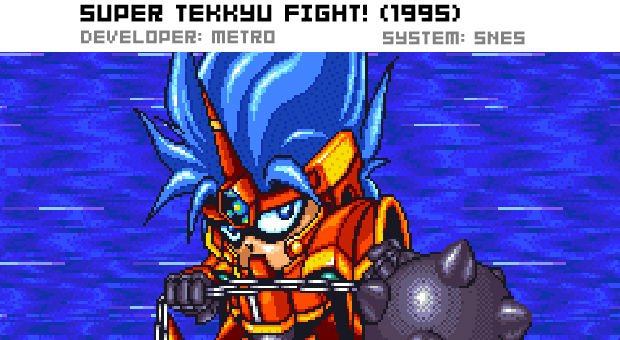 At first glance, Super Tekkyu Fight! appears to be a Bomberman clone — of which there were many in Japan, at the time. Like All-Stars, there is more to Tekkyu than meets the eye. Though the visuals are clearly indebted to Hudson’s series, Tekkyu puts a ball-and-chain, instead of bombs, in the hands of its pint-size fighters. Like Sugoi Hebereke, players beat each other mercilessly until three ring outs occur. Pick-ups modify and improve your ball-and-chain, but the big innovation is the ability to stun opponents. Like in Smash Bros., dealing more damage makes a ring out more likely to happen. There is more to Tekkyu than just pushing an enemy near the edge. 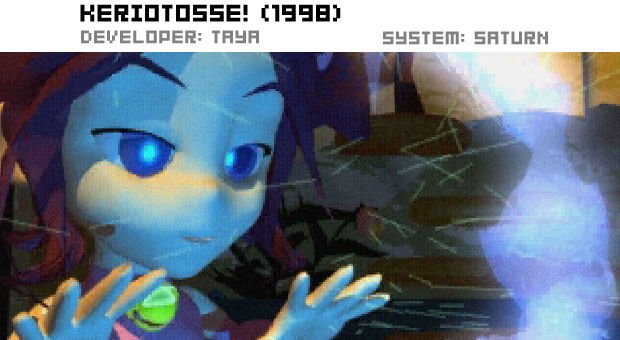 Keriotosse! is like a primitive Power Stone with an emphasis on ring outs. It’s bright, crisp visuals were very impressive for the system and it was one of the few four-player party games of its year. Like the above titles, you battle it out until there is only one player left standing on the platform. The 3D models and focus on hand-to-hand combat inch the genre closer to Smash. Keriotosse! was also the first game to include special moves. It’s a very obscure and rare import, but one worth checking out. 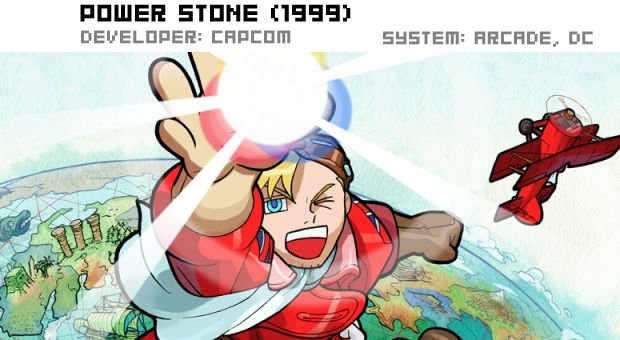 When I wasn’t playing Super Smash Bros. with my friends, I was playing Power Stone on the Dreamcast. By the time Power Stone 2 was released, it was impossible not to compare the two series. However, the original owes a lot to the above games. Environmental hazards, item pickups, large interactive arenas — you can trace most of these things back to earlier titles in the genre. Capcom cherry picked ideas and slapped on a layer of polish to its visuals and combat. Since it was released only a month after Super Smash Bros., you can’t call it a clone. 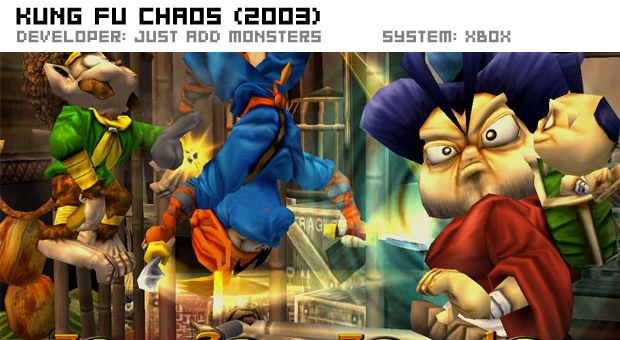 Before rebranding the company and developing Heavenly Sword, Ninja Theory (then known as Just Add Monsters) made one of the first non-Nintendo four-player party brawlers in a long time. The genre had been hijacked by Super Smash Bros. and its sequel was selling like hot cakes. Kung Fu Chaos was an attempt to bring the same wacky combat and personality to Xbox. Instead of featuring Nintendo mascots, the game played upon Hong Kong cinema tropes with the premise that players are starring in an upcoming kung fu film with aliens in it. The multi-arena stages and emphasis on platforming owe a lot to Power Stone 2. 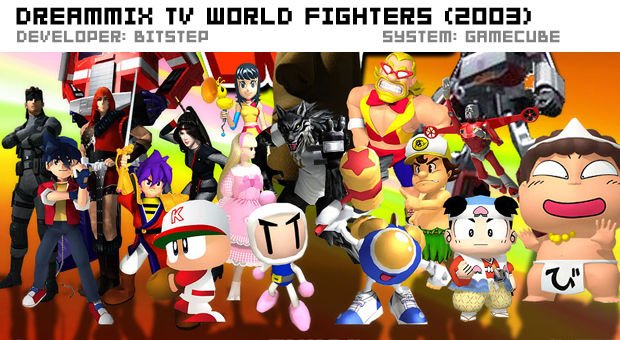 I had to do a double take when I came across DreamMix TV, earlier this year. Simon Belmont, Solid Snake, Bomberman, and Optimus Prime all in a fighting game? And it never came to the West? WHY!? Despite having a lukewarm reception, DreamMix’s cast of Konami, Hudson, and toy manufacturer Takara characters gives Smash Bros.‘ cast a run for its money. As cool as it is to see Solid Snake kicking Hudson characters in the face on top of MGS2’s oil rig, DreamMix’s awkward animation and controls leave something to be desired. DreamMix resembles Super Smash Bros. in nearly every way except win conditions. Once given a proper beating, players shrink in size and float around the stage. If another player retrieves their soul, the shrunken player loses the match but can still interfere. And you thought All-Stars was obtuse! 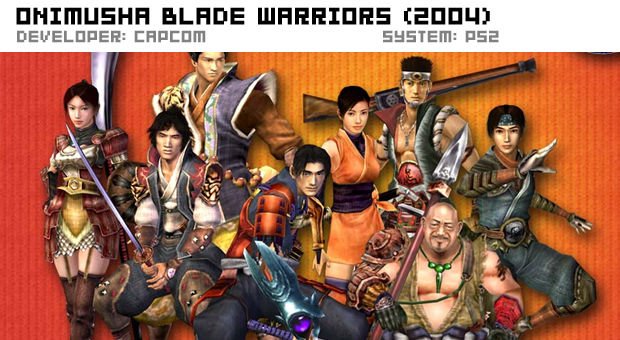 In what is one of the oddest genre jumps of all time, Capcom took its survival-horror action-RPG — strange enough in itself — and made it into a four-player fighting game. The character models are much larger than those of Super Smash Bros. and Power Stone, and the focus is on combos. Though four people can play together, Blade Warriors plays best with two. The HP bar, low frequency of item pick-ups, and fighting system makes Blade Warriors a much slower, methodical arena brawler. It’s not exactly deep but its mechanics should make fighting game fans feel more at home than similar titles. 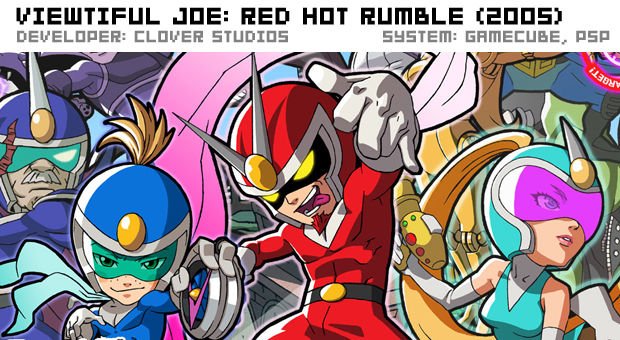 Now here’s a game for the two people who complain that Super Smash Bros. is too slow and boring. Red Hot Rumble takes the amiable aesthetic, characters, and move set of Viewtiful Joe and adds a heaping shit ton of crazy on top of it. Mini-games and side objectives constantly appear during matches, changing a free-for-all fight into a button-mashing contest. Red Hot Rumble can’t be knocked for not putting a unique spin on the four-player brawler, but its busy visuals and combat may be too much for some. It certainly makes for good Resident Evil 6 QTE practice! 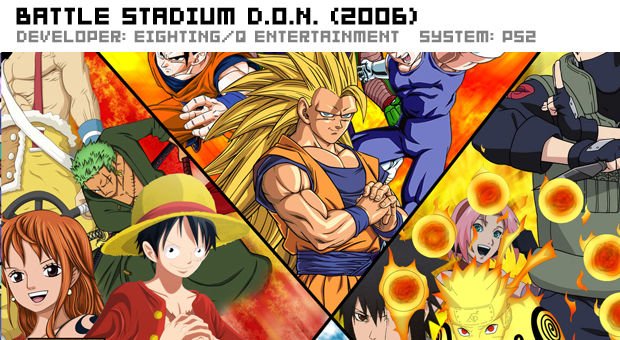 Shonen Jump made anime fans’ dreams come true when it combined Dragon Ball Z, One Piece, and Naruto for a four-player fighting game that finally settled arguments on which character would win in a fight. Namco never released D.O.N. outside of Japan but its influence on PlayStation All-Stars is hard to overlook. This comes from two primary changes that developer Eighting brought to the genre. Instead of having stock lives, players have an energy meter that lets them stay in the game even after death. Enough damage will cause a player’s energy to come out in the form of collectible balls. There are also special moves that players can perform for extra damage. This closely mirrors how a match of All-Stars is played. 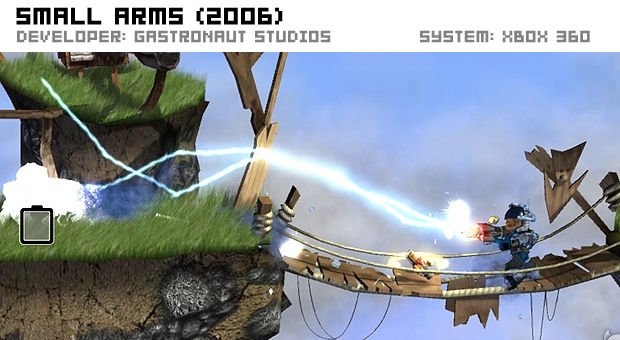 In 2006, Xbox Live Arcade didn’t have many original games to download. Small Arms was among the very few titles available and it was a peculiar game. Basically Super Smash Bros. with guns, it was an obvious combination that hadn’t been attempted, excluding Outfoxies. Unfortunately, the controls, arena, and net code left a lot to be desired. The small developer was never to be heard from again, but I had a couple good nights with Small Arms in the early days of the 360. 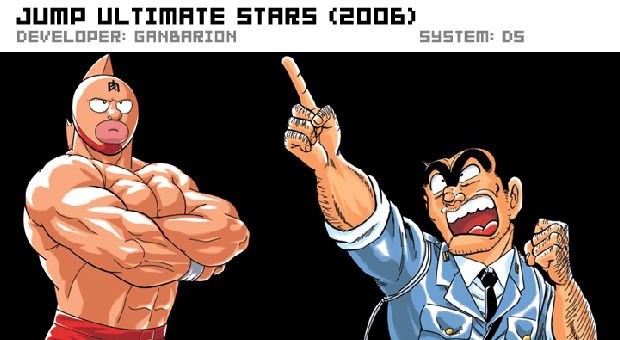 Take Battle Stadium D.O.N. and multiply it by 13 or so and you got yourself Jump Ultimate Stars: an exercise in excess. With 300+ characters spread across 41 franchises, it’s pretty much the end-all, be-all anime fighting game. Jump Ultimate Stars refined the elements of its predecessor by improving the graphics and giving stages more interactive elements. Both games feature a heavy element of strategy and role-playing, since you are building a deck of support characters that can help in a match. It’s easy to get lost in the game’s menus, even if you have an understanding of Japanese (this series never came West). If you are a fan of Dissidia Final Fantasy, Jump Ultimate Stars shares a lot of similar elements. 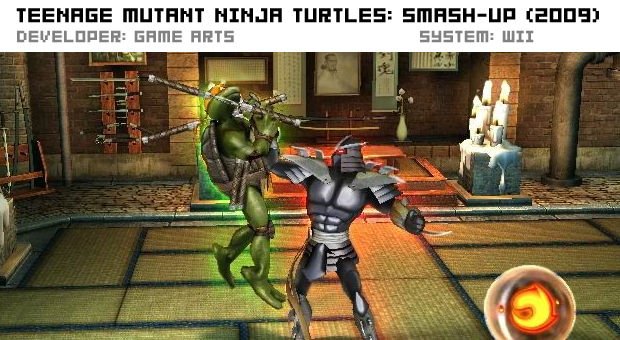 It’s hard to not call Smash-Up a cheap clone since it’s made on the Super Smash Bros. Brawl engine and made by some of that game’s team, along with ex-Team Ninja staff. Despite having a high pedigree, Smash-Up didn’t do much to innovate on the genre. Fighters can interact with the environment in some interesting ways, like cutting down logs that fall on an opponent. Other than that, this is a bland re-skin of Brawl.

So, yeah, feel free to call this game a blatant Smash Bros. clone. One so blatant that Ubisoft brought Brawl’s staff on board. Just don’t say the same of PlayStation All-Stars. Call it a Battle Stadium D.O.N. clone, if you must.