It’s incredible to see how Kickstarter has given rise to so many titles. Sure, there’s the heavy hitters like Broken Age, Wasteland 2, and Pillars of Eternity, but there are many others that came out of nowhere to leave such an impression on people. One example is Radiant Entertainment’s Stonehearth. Back in 2013, it launched the Kickstarter and found immediate success, raising over $750,000 — well beyond its initial goal of $120,000. Since then, the studio has been working with backers to ensure the game is up to snuff before its release.

In Stonehearth, players enter a procedurally-generated world and must build a home for their settlers as they brave the uncharted land and eek out a living. Over time, they’ll raise a kingdom and leave their mark on the world, while battling opposing goblins that want what they have. With its quirky voxel aesthetic, it’s got a deceptively inviting look for a hardcore sim.

Just before its debut today on Steam Early Access, the developers behind this wonderfully complex and charming civilization builder invited me out to get some hands-on time with their current build. I was taken aback by its depth and openness towards player creation.

Like many other crowdfunded projects, Stonehearth began as a passion project, but it soon grew into something more. Working on the game in their spare time, the developers eventually were able to attract major interest from their Kickstarter campaign, which snowballed from there. With its release on Steam Early Access, Radiant Entertainment’s Tom Cannon (also the co-founder of the Evo Championship Series) spoke about Stonehearth‘s inception and its growth into what it is now.

“We started the game as a passion project. We had jobs in Silicon Valley that weren’t really personally satisfying because we’re hardcore gamers, so we did the Kickstarter back in 2013 to see if the idea we thought was cool,” he said. “And the Kickstarter went well, and then we could make the game, but we had to pitch the game to our friends, which got them on board as well — expanding the team. We spent two years making out prototype, which we showed in the Kickstarter video, and turned it into an actual game.”

In similar vein to the notoriously tricky and complex Dwarf Fortress, Stonehearth tasks players with creating their own unique civilizations in a procedurally-generated landscape from the ground up. Starting with just a few settlers, all randomized with their own personalities and skills, you’ll soon be foraging for supplies and using tools to craft shelters and other necessities in order to survive.

As you mine nearby mountains, bring in new settlers, build roads, raise your castle, and amass gold, your population will thrive and expand in unique ways. But as you build your civilization, you’ll soon catch the interest of the local goblins who’ve got their own place in the dirt, and they may not take kindly to seeing outsiders take up residence in the same plot of land. 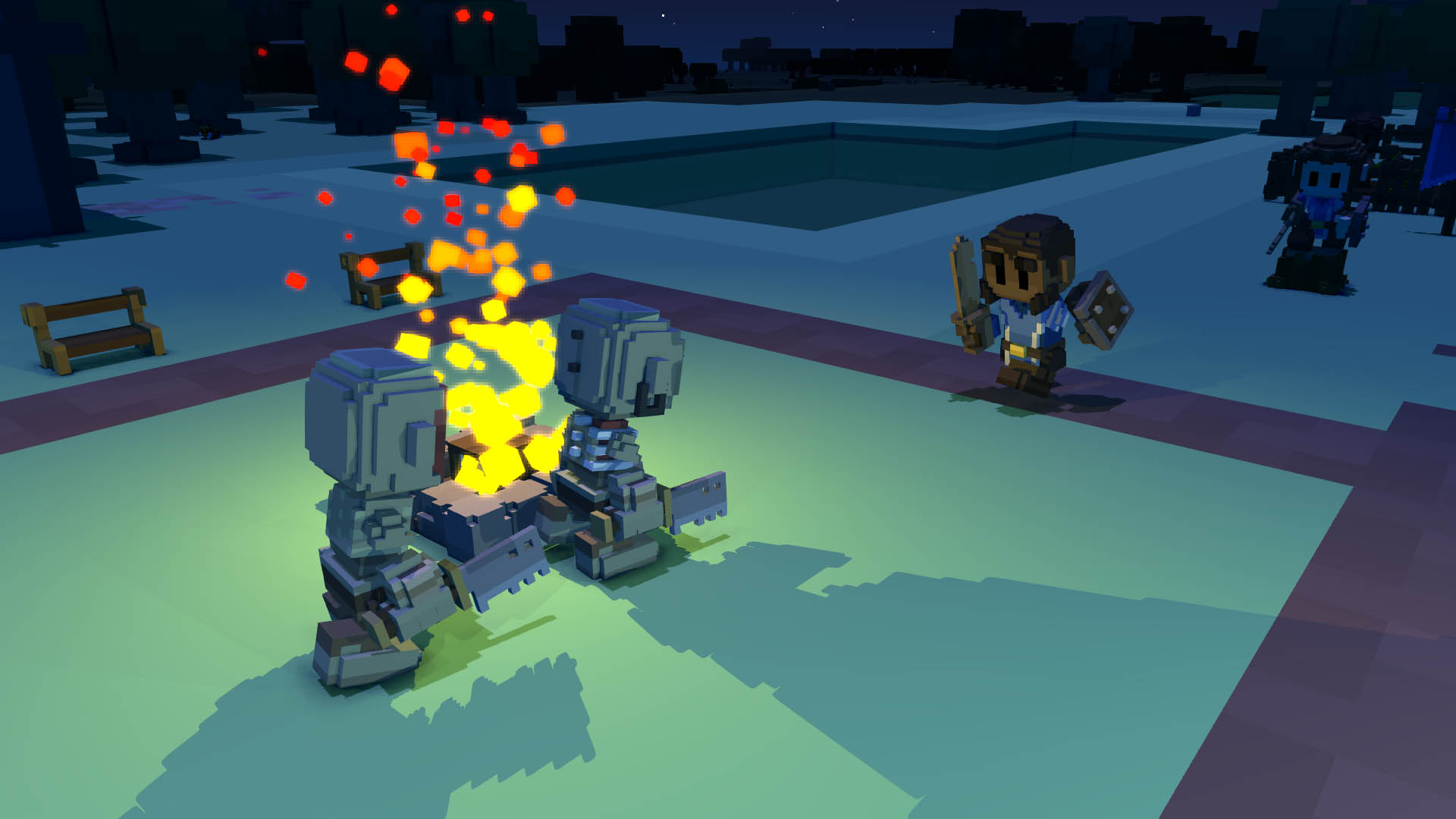 The goblins serve as a necessary evil, as they not only serve to be your major obstacle from thriving, but they’re also an opposing force that builds alongside your civilization. While in some cases you can simply negotiate terms for peace, resulting in trading of goods or paying them off to leave you in peace, other times you’ll have no choice but to confront them head on. Among your settlers are those who’ve got the prowess to fight the goblins, but bare in mind not everyone has the courage to do so, and they could run away at the very sight of even a lowly goblin. Picking the right troops is just as important as collecting gold or building an installation, as losing a battle can have dire consequences.

Though I mentioned it was similar to Dwarf Fortress, don’t fret. The folks at Radiant wanted to emulate its complexity and depth found but ultimately sought to make Stonehearth easier to get into. Less daunting. Don’t think of this as Dwarf Fortress with training wheels, though. Stonehearth definitely retains the hardcore focus and depth found in other sim titles. A neat trick Radiant employs to make things interesting is the A.I. director, which analyzes your behavior and throws in challenges based on your current pace of play.

PC titles that take advantage of work created by fans are commonplace, and the team wanted to ensure players had access to the same tools it used to create the game to build their own additions and tweaks to Stonehearth. As an example, Cannon showed off one of the more humorous mods from fans, which reskined the game to look like a Candy Land tie-in. Trees turned to lollipops, and the ground textures looked as though they were caked in frosting. While most mods will add simple user interface and gameplay changes, many seek to alter the aesthetic and overall experience, and it’s encouraging to see that the developers are so supportive. 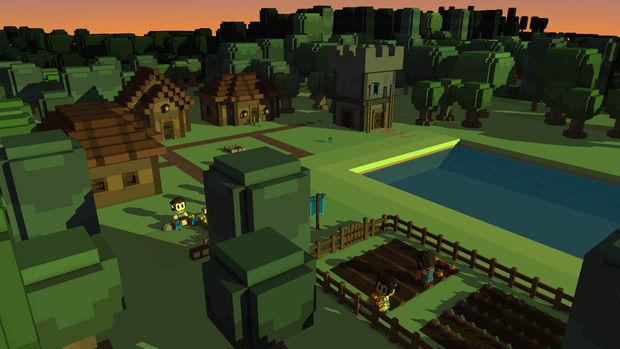 “We’re incredibly mod friendly, so we love mods,” said Cannon while showing off the Candy Land mod. “Our approach to mods is that all of our file formats are just open text files, and we have a modding forum to talk with others, if that’s what you want to do. We give our modders all the tools they need to build the game, we want there to be tons and tons of mods because we love seeing what people do with the game.”

I was impressed with the level of complexity found in Stonehearth. The developers do a great job showing life and action happen during the creation of your kingdom, and I felt that the voxel aesthetic adds a lot to the charm. Though I’m not too into the sim genre, I was pretty taken with the gameplay in Stonehearth. One of the most satisfying aspects of these titles is seeing your hard work result in a functioning and healthy society that cannot only expand and thrive, but do so without you regularly needing to intervene.

I’m interested in seeing where Radiant Entertainment’s title goes from here. Games such as this need a passionate community to flourish, and given the already extensive mod support in place, it looks like Stonehearth will have a bright future. It’s currently the #1 seller on Steam’s Early Access page. I’m quite looking forward to seeing the follow-up to the Candy Land mod. Given time, I’m sure the fans will come up with something crazier than that!