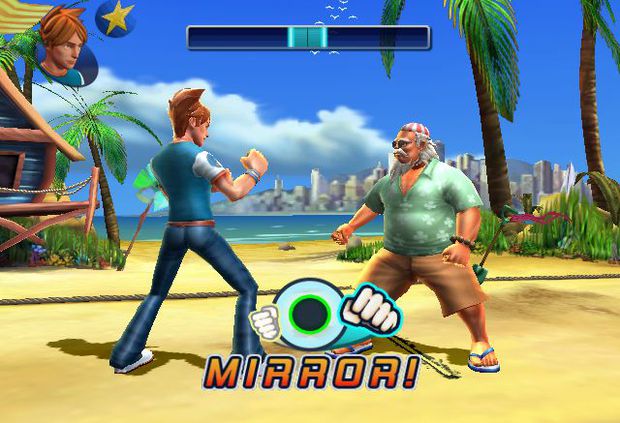 If cheering wasn’t your thing, you might want to consider All Star Karate by THQ. It’s the publisher’s new title in the “All Star” franchise, following the popular (no, really) All Star Cheer Squad.

The Wii title puts players in the role of a young martial artist in training who, in an attempt to save an old man from a group of ninjas, has to fight head-to-head against a karate master. What… the… ? Yeah, so in a Karate Kid inspired “twist,” you’re trained by the elderly karate master in an effort to earn a black belt. The game will feature full support fo the Wii MotionPlus (if you choose), and will let you use your choice of the Wii Remote/Nunchuck combo or two Wii Remotes.

All Star Karate is scheduled to ship this spring, so you might want to wait before starting sh*t with any neighborhood ninjas. Because, you know, this game is gonna make a man out of you. Or a tough pre-teen. Or something.