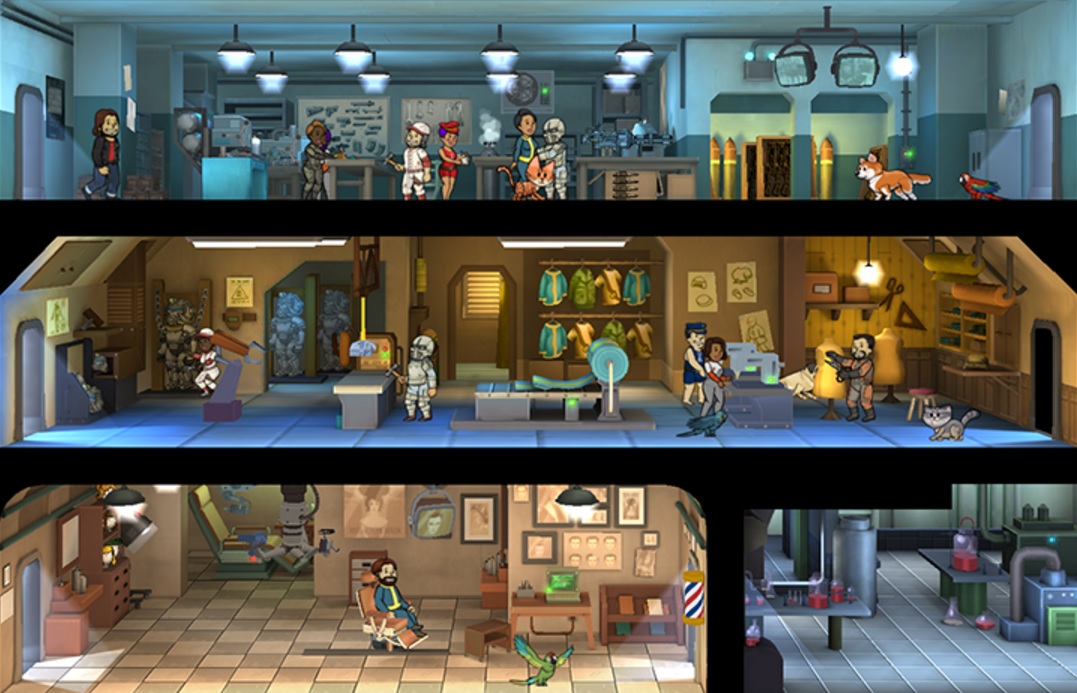 Fallout Shelter has been out for almost nine months, but it’s just now getting its largest update ever. That’s probably a good thing for the people who are still playing virtual vault overseer. A little shake-up has to be widely welcomed by now.

The biggest addition to Fallout Shelter is a crafting system. Junk can be turned into items through the weapon and armor crafting rooms. Also, there’s now a fifth card in lunchboxes (junk) that should make for more frequent item-making.

Other changes in version 1.4 are less substantial. There’s a barbershop for hair stylin’, some new cats and dogs because they’re cute, and a parrot for squakin’. Here’s the list of updates straight from Bethesda, but any good overseer would already know exactly what has changed in their vault.