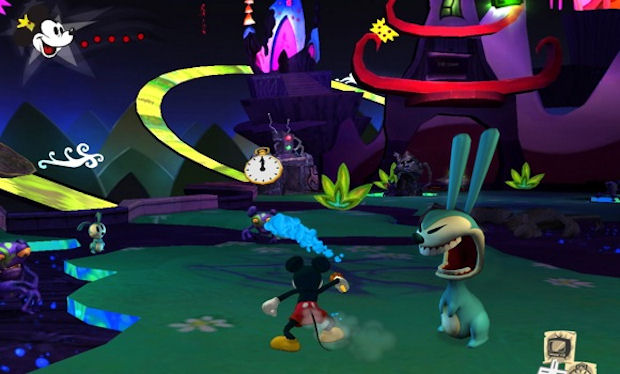 The last time there was talk of Warren Spector’s Epic Mickey on any other console than Wii, that talk was mercilessly put down. Because of the motion controls, the Wii was the only system considered for Mickey‘s painting chicanery. However, with Natal and the Sony Wiimote hovering on the horizon, plans may change.

“The key mechanic is an ink and paint mechanic,” says Disney’s Graham Hopper. “We have a very large audience base that has Wiis in their home … that’s not to say that we won’t go to other platforms. If we started it 6 months ago we would have potentially thought differently about it.”

As with most Wii games that sport a great artistic look, I can’t help but lament the lack of HD graphics and do hope we’ll see the game on bigger systems. As for right now, Epic Mickey is still a Wii exclusive, but there’s a good bit of hope for the future.