Just in case you somehow missed the last few roundups

Bungie wants to be 100% sure you know about all the new stuff coming to Destiny tomorrow. If you somehow still don’t know about the April Update despite the original announcement last month, multiple Twitch streams a few weeks back, the handful of Instagram announcements, and the infographic summary from a few days ago, a comprehensive video released today should get you back up to speed.

I’ve been surprisingly out of touch with the whole April Update news trickle, but for the most part I’m caught up after watching this. There’s a lot of information in the video, so I’ll tell you the most important part:

Chroma armor modification. It’s a glowing armor mod that lets players customize the hue of certain armor prices, independent of shaders. I’ve been rocking the Glowhoo shader since it came out; I’m down with more obnoxiously colored armor.

Aside from that, tomorrow’s update will raise levels and put a fresh coat of Taken-colored paint on existing Destiny activities like Prison of Elders and everyone’s favorite strike, Winter’s Run. The max player Light level is also going up from 220 to 235. 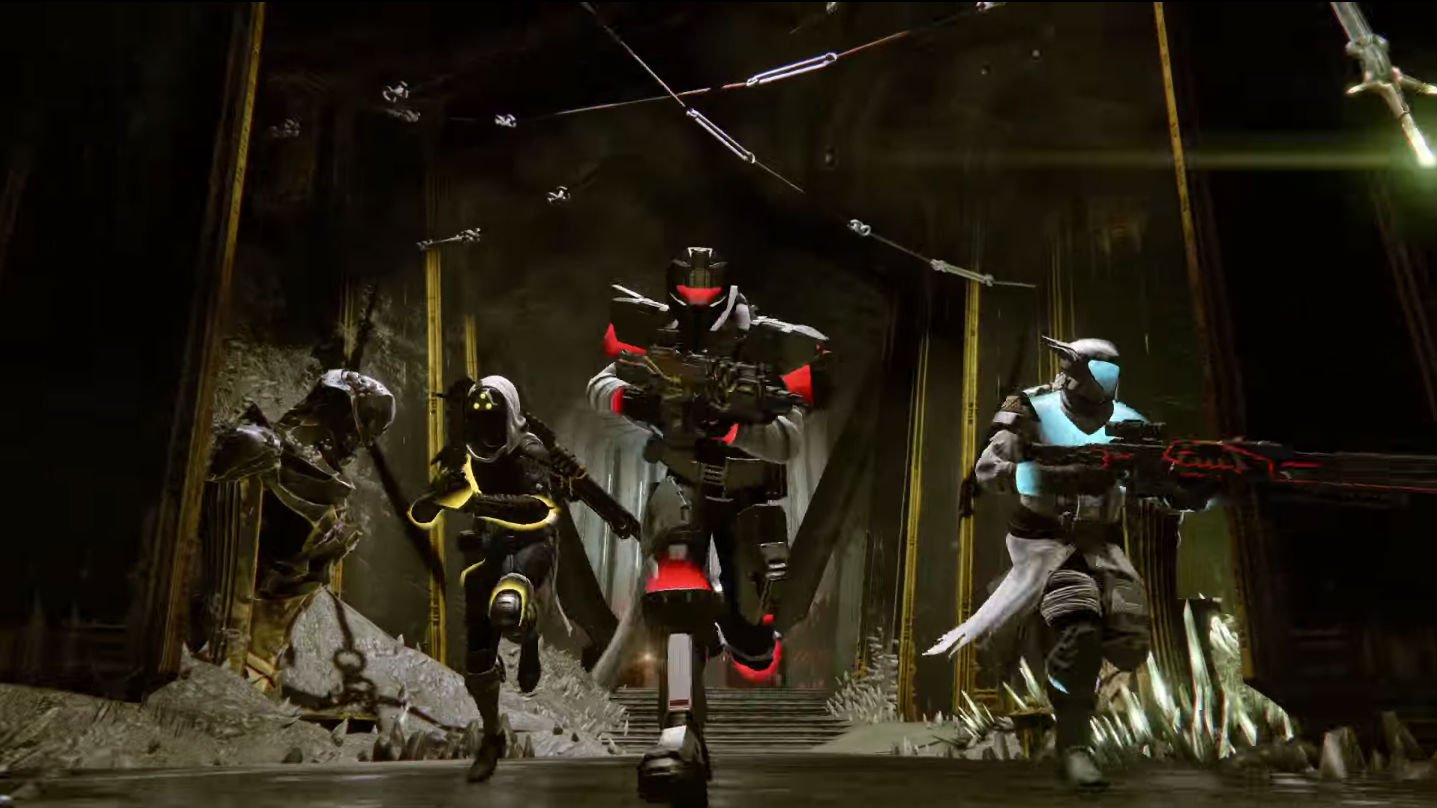 Thankfully, raiding won’t be the only way to earn high level gear anymore. Though the King’s Fall raid will drop the new, higher level gear, 335 armor and weapons will also drop during PvE events like Prison of Elders, Court of Oryx, and the Nightfall Strike and during PvP events Iron Banner and Trials of Osiris.

And that’s the bulk of it. There are a few other things, like updated weapons and new gear, but the video does a better job of explaining that than I could. None of the information shown in it is really new, but it’s actually kind of cool to hear the team behind the update getting so enthusiastic about some of the new things coming to the game. Hopefully Destiny‘s fanbase is just as excited.