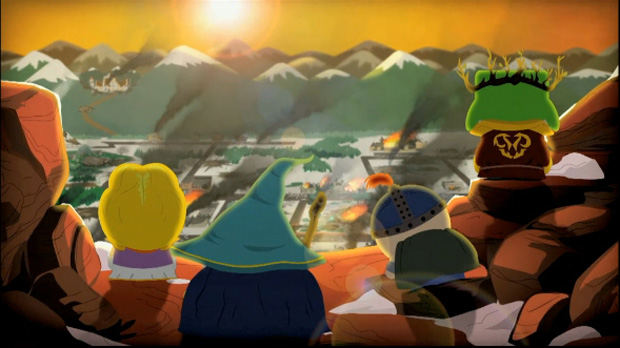 Also, farting on a whole lot of people

The Achievement / Trophies list for South Park: The Stick of Truth have just been uncovered, and it looks like “New Kid on the Block”, what seems to be the very first one you’ll earn, is for joining the KKK. Well then, we’re just going to jump right into the deep end in true South Park style, even though it probably stands for something like “Kool Kids’ Klub.”

The rest of the list is notable too, as it’s littered with South Park references. My favorite is “Canadian Handshake”, which is unlocked by farting on 100 people. Truth be told, this game looks as if it’ll be a continuous exercise in defecation and flatulence.

For those concerned about spoilers, the set is fairly safe to look at, as the progression-based ones are locked away as secrets. Also, it seems that completionists will get their money’s worth since some conflicting Achievements indicate that it’ll require two separate playthroughs. Oh well, more South Park probably won’t necessarily be a bad thing.