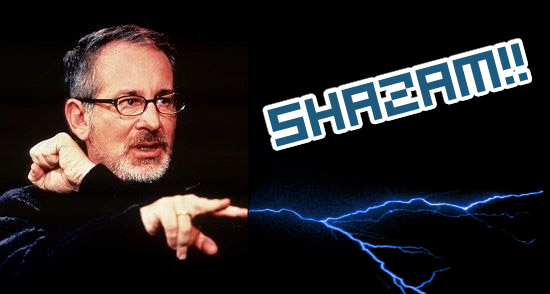 If you’ve been paying attention these last few months, you’re familiar with the glacier-slow newsdrip about what Steven Spielberg’s upcoming game projects would be. Today — perhaps a little ahead of schedule, given the story’s July 16th print date — Newsweek‘s N’Gai Croal finally dropped some specifics on Spielberg’s projects. Not much, but hey, beats what we had last week (which is to say, y’know, nothing).

The previously-mentioned project exclusive to the Wii is an action-puzzle simulator, code-named PQRS, which Croal describes as a game that “neatly blends the creativity of the building-blocks game Jenga with the charm of a Saturday-morning cartoon”. Project PQRS allows the player to move about blocks in a physics-based environment using the Wii remote as an extension of your hand — how that will factor into the game on the whole is anybody’s guess, what with a categorization like “action-puzzle simulator”.

Spielberg is also working with EA on a title for the Xbox 360 and PS3, and — oh, hell, since I can scarcely begin to imagine its application, I’ll just lay down a quote:

The second game, code-named LMNO and made for Xbox 360 and PS3, can be described as “North by Northwest” meets “E.T.” —if E.T. were female, grown up and, um, hot. You don’t play as the girl, however. You’re an ex-secret agent, and the bond that you forge while on the run with the computer-controlled woman — good, bad, indifferent — determines the nature of her special abilities and the ways in which she’ll assist you. Says Spielberg: “The challenge is, can the game have an emotional impact on players while they are actively manipulating the world?” Based on the clever ways in which he and EA are extracting a genuine performance from their digital Eve—complete with eyes that widen, lips that curl and translucent skin that lights up in different colors to express her quicksilver moods—we think Spielberg’s got yet another hit on his hands.

Pretty awesome ideas, but the execution will certainly be key in these games, particularly the latter — failure has been quick to befall concept-heavy games in the past, but this concept sounds particularly sexy. Let’s hope that the lads at EA can bring Spielberg’s vision to life with some semblance of success, yeah?