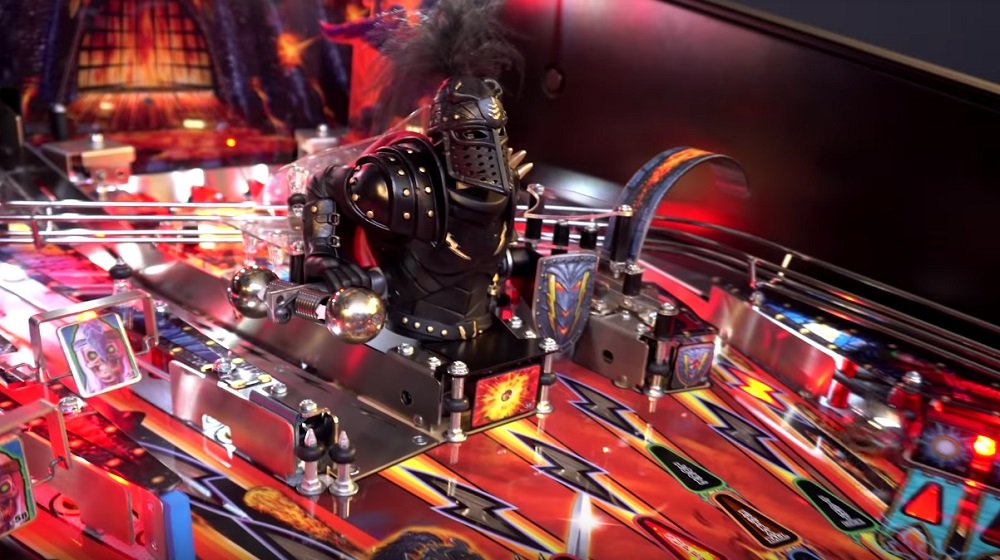 ‘YOU GOT THE POWER…’

Old pinball heads like myself will remember Williams’ 1980 machine Black Knight (not so much that I remember it on release, of course, but it was kicking around arcades for years). The classic machine, designed by industry veteran Steve Ritchie, was well known for its dual-layered playfield and player-activated “Magna-Save” feature.

In 1989, Williams and Ritchie returned with a super-neon sequel, Black Knight 2000. This was an incredibly fast-paced and unforgiving game which went big with lightning effects, bright colours, synthesized speech and an amazing/cheesy cock-rock soundtrack.

Now, almost 40 years later from Black Knight’s original release, Stern Pinball has announced a third entry to the saga. Black Knight: Sword of Rage looks to take the great music, multi-layered playfields, lightning motif and playfield features of its forefathers and bring them screaming into the modern day. Once again designed by Steve Ritchie (fun fact: the original voice of Mortal Kombat’s Shao Kahn) Black Knight: Sword of Rage will blend the best elements of classic and modern pinball, while reminding us long-termers just how damn old we’ve gotten.

As is often the case with Stern machines, Black Knight: Sword of Rage will be available in three formats: Pro, Premium and a 600-unit Limited Edition run. Frankly, it looks fucking gorgeous. Prices range from around $6,000 to $9,000, with each edition having its own exclusive artwork and in-game features. Pinball has always been a rich person’s game.

Black Knight: Sword of Rage is currently in development at Stern Pinball.