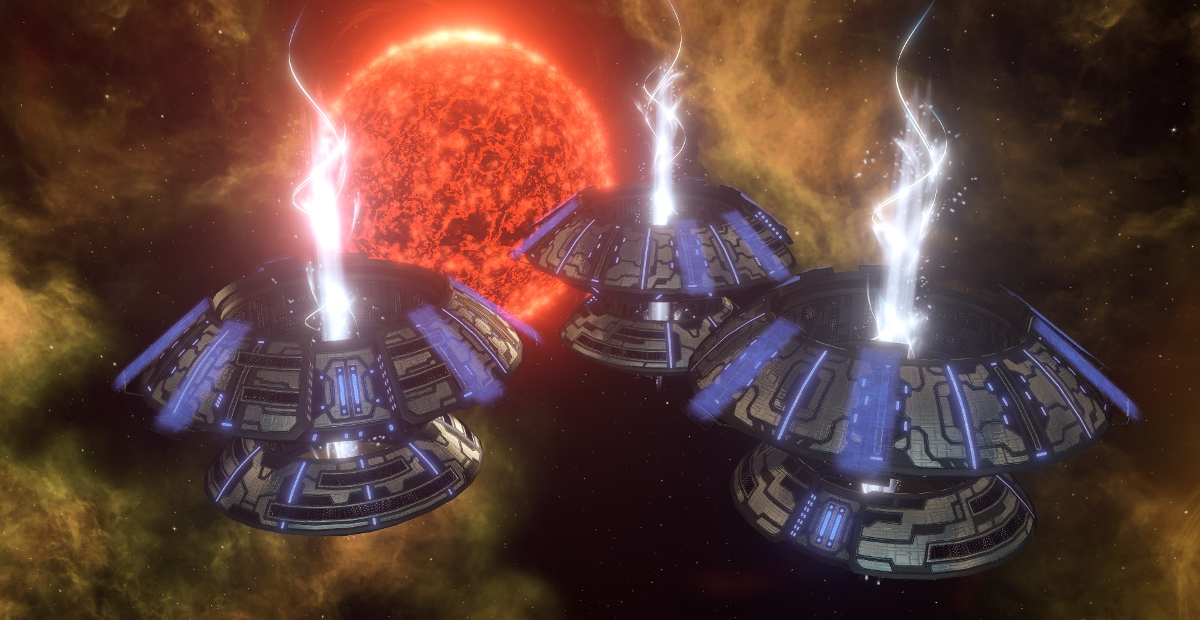 I love Paradox Interactive games because they allow me to indulge my inner megalomaniac, but even I have to admit that sometimes they ship sans some key elements. I can look past these shortcomings as their games are usually always 40 bucks at launch and supported through long-term expansions as well as free updates to the base game.

When Stellaris released in 2016, it was an amazing mix of the 4X and grand strategy genres with a great science-fiction skin over it. But one problem that has always persisted is the lack of economic interaction between the interstellar factions. Thankfully the free “Le Guin” update for Stellaris that will release alongside the Megacorp expansion will finally address a few of my qualms with the game, especially in the economic category.

The above video details some more of the features of the Megacorp expansion that were hinted at in my announcement piece from a few months ago. While the new units and factions are interesting, it’s more of the mechanic additions that interest me. Megacorps can place “branch offices” on planets that connect their trade value to the megacorp’s value, benefiting both parties. Also included in the expansion is a galactic trading market where you can buy and sell goods, if you’ve got the coin. Slave trading is also making its debut and will be available to any faction so long as they are a part of the galactic market (more on that next). All of these features will be included in the paid expansion but like my mother before me, it’s the free stuff that has me most excited.

To start things off, the grid-based system for structures on inhabited planets is gone. Good riddance. The grid system is now replaced with districts, buildings, and jobs. From the brief look in the trailer, the planet mechanics now look to be more about upgrading your districts to put buildings in that will then in turn create jobs and ultimately resources. Whereas the previous grid format felt constraining, this feels more in tune with the futuristic setting.

As previously mentioned there will be a new galactic market, and while you’ll have to pay for the ability to become a slaver, buying and selling goods will be included in the free update. This market will be bolstered by the addition of new resource types that will further strain your supply/demand balances.

Finally, the addition that has me quivering with excitement is trade routes and trade values. Factions and their production units will now generate a new resource called “trade value.” As well, each faction will assign a trade capital in their empire, and all of their trade value must flow through there with trade routes. These routes can then be connected to other factions creating trade networks. You don’t need to call me a dork for loving this stuff, I already know what I am.

The Megacorp expansion will run you $19.99 and will release alongside the “Le Guin” update on December 6. Who needs Smash Bros. anyway?