New heroine Luna & the Versus transition

A lot has changed since Final Fantasy XIII Versus was announced. We have a black president now! Seriously. We’re going on a decade now.

It’s not just minor things like titles or planned consoles that have changed, director Hajime Tabata explained in the newest Final Fantasy XV Active Time Report. The story, originally written by Kazushige Nojima who has been writing Final Fantasy games since Final Fantasy VII, has changed, too.

Tabata explained that a goal in Final Fantasy XV was to, “have a complete, coherent story in one game” (thank god), which means the team had to decide, “which elements from Versus we could carry over and which would not fit into the new structure as XV.” It seems they wanted to preserve as many public elements of Versus that fans latched onto and “to be as faithful as possible to Mr. [Kazushige] Nojima’s story for Versus.” Tabata consulted with Nojima on the notion and received a blessing to change what was necessary.

Stella was a straggler.

“Stella was presented as the heroine to play opposite Noctis in Versus XIII. We wanted to keep her as a heroine in FFXV’s story, and pursued ways to tie her in to FFXV’s design as well, but we found it increasingly difficult to make sense of Stella’s character and role within FFXV. So then we thought, do we want to recreate Stella with a different role and image, or do we want to start over with a new heroine? And after a lot of consideration, we decided not to include Stella in FFXV. Instead, we have a new heroine named Luna, who has a different role within the story. So we will be talking more about her in the future.” 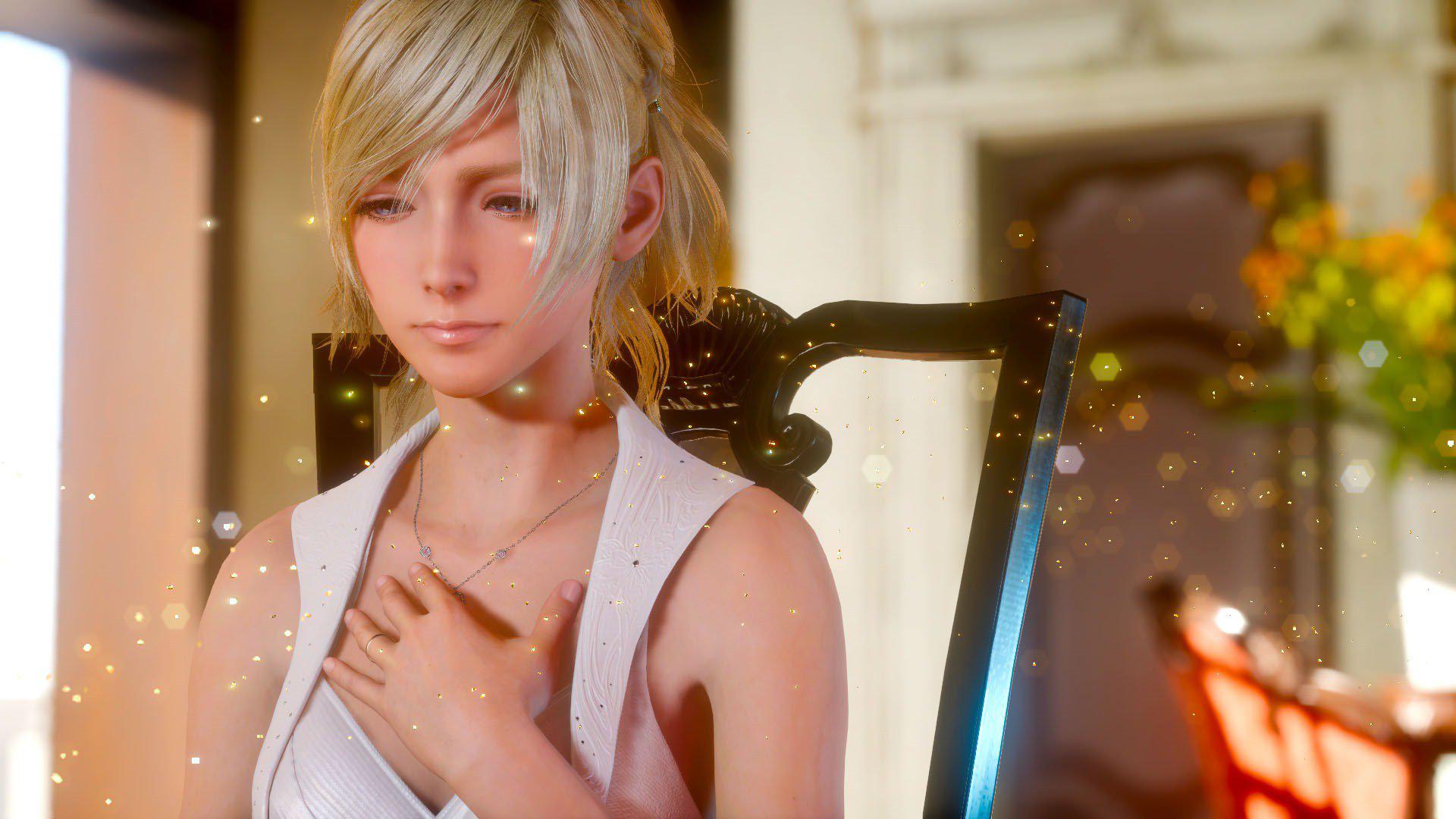 That future is likely Gamescom, where Final Fantasy XV will have a big presence. It is basically skipping E3. Other characters from what was Versus, like the woman dragoon, “are still in the game with their own important roles within the story.”

Still, the erasure of a major character emphasizes what Tabata wants to get across ahead of the big reveals at Gamescom, that Final Fantasy XV “is indeed a different game now.”

Another specific change Tabata points out is that the party scene from Versus, followed by the attack on the city, has been removed.

“So now, the sequence is: Noct and his retinue leave Insomnia, and…then the Niflheim army attacks the crown city,” he explained. “There’s an extremely important reason behind this decision. In fact, it could be construed a spoiler, so I can’t tell you about it here.”

Even that change comes with a serious concern over fan reaction to these changes.

“We decided to delete the scene of a party in Insomnia, which is a city like Shinjuku. So then we became concerned that the players who were looking forward to some gameplay in that city might worry that they would be losing that gameplay as well,” Tabata said. “So I thought I should let you know here and now that we are preparing situations that would involve gameplay in the Shinjuku-like city of Insomnia. We had previously released information on Versus saying you would begin combat right after the Niflheim army attacks the city, but the new gameplay would not fall in around the same timeline.”