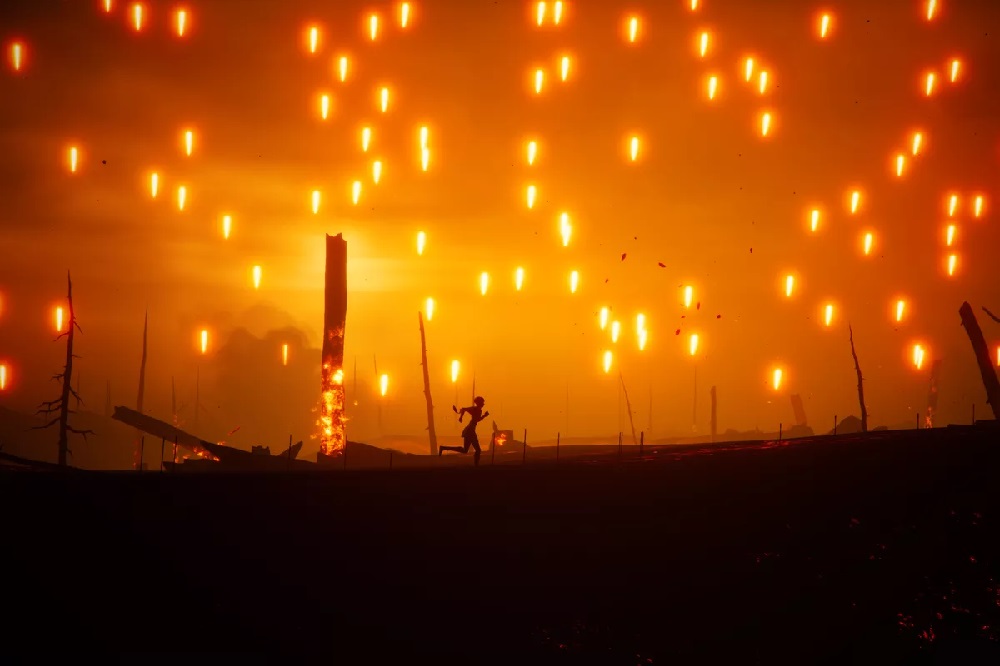 A weird walk through a decaying world

SkyBox Labs stylistic platform adventure Stela will be making its way to PC and Nintendo Switch in just a couple of weeks, following on from its October release on the Apple Arcade and Xbox One platforms.

For those of you who missed out, Stela is an abstract adventure which follows a lonely woman’s journey through a collapsing fantasy world, filled with surreal, dangerous creatures and bleakly beautiful landscapes. Not dissimilar to titles such as Gris and Limbo, Stela is a disquieting journey, equally creepy and captivating. You can check out CJ Andriessen’s review right here.

The PC and Nintendo Switch ports will include a new expanded ending and 15 extra secret areas, previously made available in December for the Xbox One and Apple Arcade editions. All formats will also receive a new update in the immediate future which will feature a run of bug fixes and mechanical improvements.

Stela launches on PC and Nintendo Switch on March 13, it is already available now on Xbox One and iOS via Apple Arcade.