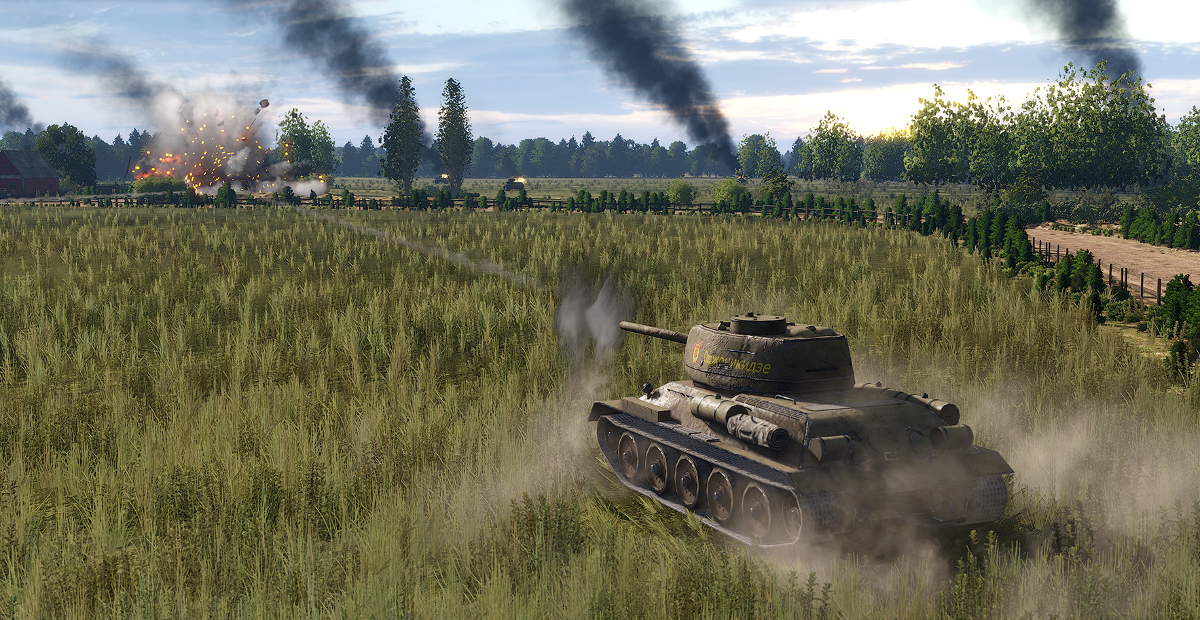 This week I was able to get a behind the scenes look at the work Eugen Systems has been putting into their upcoming World War II strategy game Steel Division II. From the onset of the demo, when game director Alexis Le Dressay said that they were looking to make the sequel more historically focused, I knew I was in for a treat. What was revealed makes me think Eugen Systems heard every issue I had with the first Steel Division and addressed it perfectly.

The demo (which was hosted by Le Dressay and Pierre-Yves Navetat, marketing and communications manager for Eugen) mostly focused on the new features that are coming to the game. The core tactical gameplay will stick around, but it’s being bolstered and supported by a new dynamic strategic campaign that will help players get a better feel for what it was like in the war rooms of Eastern Europe in the summer of 1944.

Taking place along the Eastern front, Steel Division II will bring the military triumph of the Soviet Union’s Operation Bagration to a western audience that hasn’t seen many praises of the Soviet offensive. The campaign starts on June 22nd, 1944, the day Operation Bagration started. The operation was the Soviet contribution to the Allied effort, in the summer of 1944, to bring about the end of the war by Christmas by closing in on all fronts.

At the onset of the operation, you are stretched along a 1000km front and pushing west towards Germany. The demo started four days after the beginning of the operation as the Soviet Union moved towards Minsk. Le Dressay, who was playing the demo, had control of four Soviet divisions that were assaulting two German divisions.

Unlike the first game, where you just got told where you were going and a briefing along the way to your tactical battle, Steel Division II allows you to step into the boots of a Four-Star General and move units around a map in a turn-based strategic mode. The units can all move different lengths depending on how mobile they are and the terrain they are attempting to traverse. Turns take half of your available daylight, leaving you with two turns before a new day dawns. Since speed is the key, it helps to move along roads where travel is fastest, but that can leave you open to stretching your armies, unable to reinforce each other should one encounter the enemy. 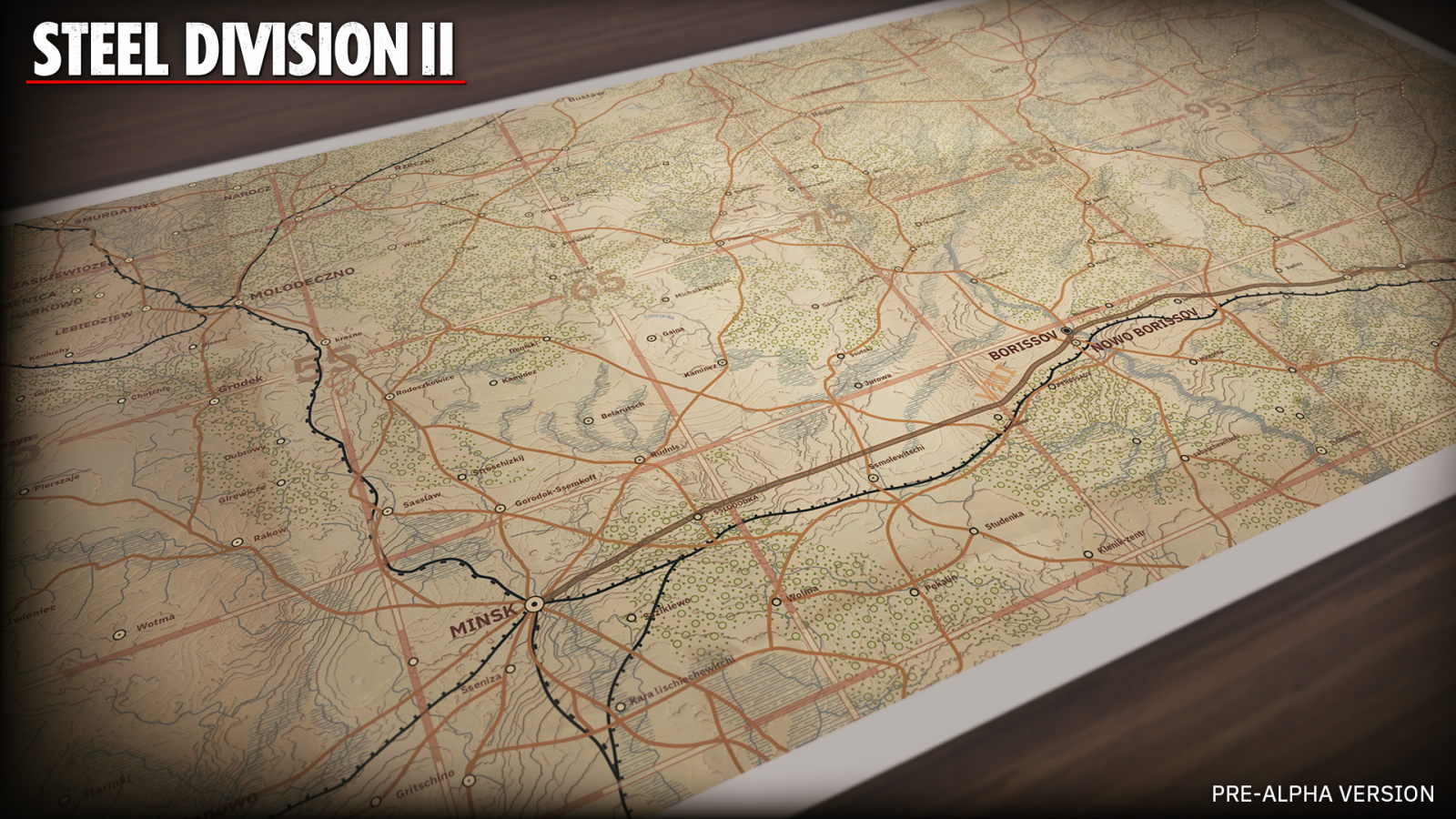 In the Dynamic Strategic Campaign mode, all units are labeled using NATO joint military symbology. Because I lack a life, I know how to read these icons, but for others it might be a tad overwhelming. To make it easier for people who value social interaction above understanding historical tactics maps, each of the units are given a value in assault, armored, and artillery. With these values, you can know which units to keep near the front and those you want to lag behind a bit. The best thing is that the choice is all yours.

At the end of each of your turns, the enemy is allowed to move in response to your actions. A fog of war exists, so there may be some enemies hiding just out of your eyesight that could come in an ambush you if you aren’t careful. You can send scout units out, but in my demo Le Dressay accidentally sent his scouts too far and they were left stranded from possible reinforcements for half a day. As I watched this mode unfold, it reminded me a lot of tabletop wargaming and the popular World War II strategy game Burden of Command.

As you move your units towards your objectives you will encounter enemies defending key points such as smaller towns and bridges. You can resolve these encounters by either going into the tactical mode and playing out the battle like you could in the first game, or you can choose to have the battle auto-resolved. Whichever method you decide, you can only choose five units to bring into the battle, and when you can deploy them all depends on how far they are from the battleground.

Battles still move in phases but unlike the first game where they tiered phases based on unit strength, in Steel Division II you are able to pull any unit you want at any time of the battle, so long as they can reach the battle in time. So you could hypothetically lead with your strongest unit in the first phase to give the Germans a taste of their own Blitzkrieg, but it leaves them open to getting overrun without reinforcement to back them up. If you are overrun in the first or second phase, the battle is considered a complete loss and you can’t receive your second or third reinforcements appropriately. With all this choice you are given enough rope to hang yourself with and in the context of strategy gaming that’s a beautiful thing. 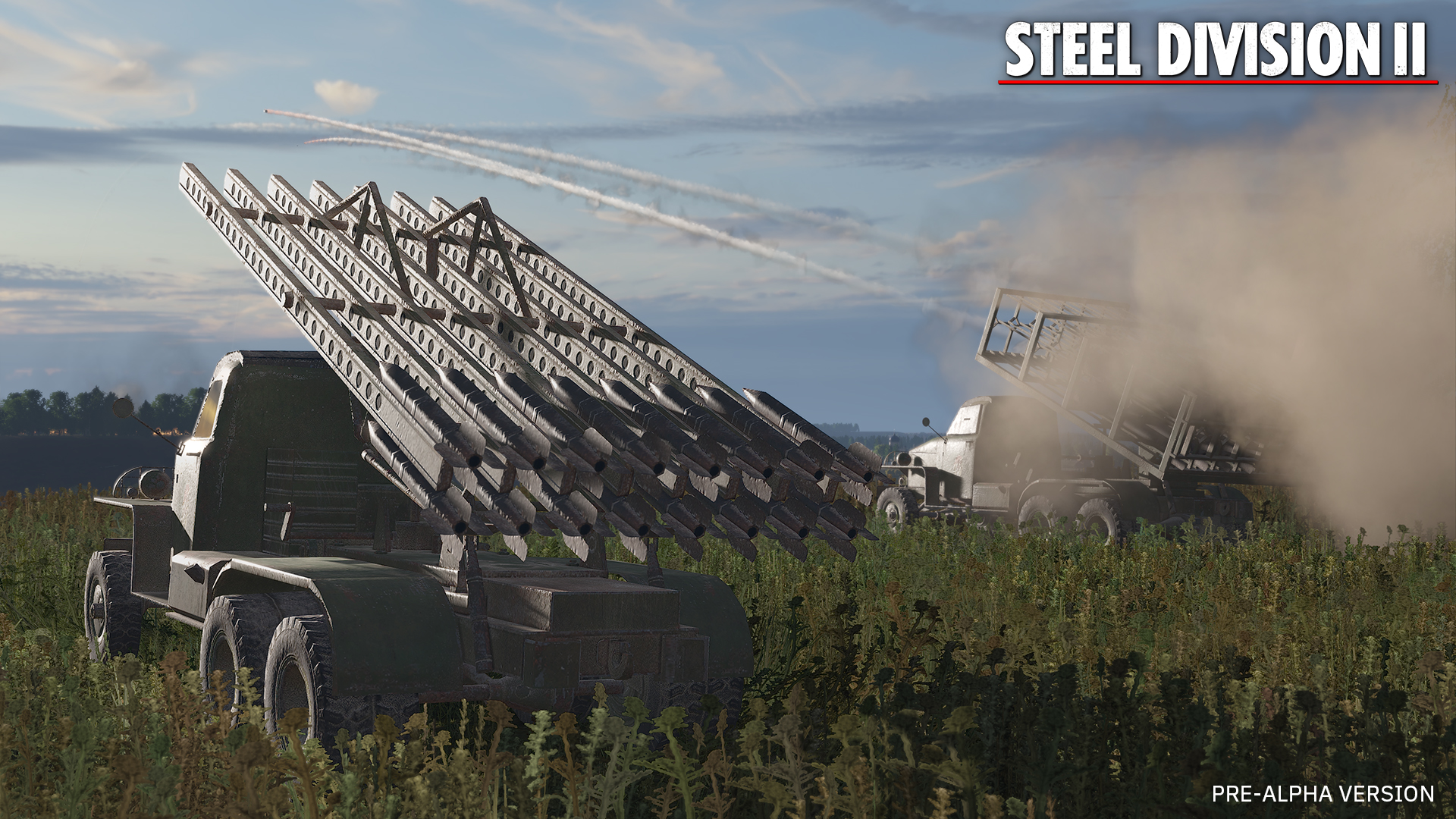 Speaking on why he wanted to bring another strategic layer into the game, Le Dressay said: “it is impossible to do a very interesting tactical game if you don’t have a good idea of what is happening at a strategic decision level.” A fellow fan of the grand strategy genre, Le Dressay spoke on how he found it frustrating that the genre had abstract battle mechanics and wanted to bring some of the genre into Eugen’s proven tactical strategy track record. With this new implementation, it seems that Le Dressay and his team are on the warpath to creating the ultimate strategy game by allowing you to apply your military knowledge to every level of Operation Bagration.

As stated earlier, not many changes were made to the tactical battles as of the current demo, but one big change is that you can now zoom in on your units to get a ground-level view of the battlefield. This includes being able to see the historically accurate terrain and get a better feel for enemy sightlines as well as giving off a very tabletop miniature feel. As we watched the Soviet tanks roll down towards Minsk from a vantage point on top of a hill, I had visions of screaming at the enemy AI about how I’d read their book.

Another cosmetic change that was made to the game is that there was much more detail put into the character and vehicle models. Pulling from historic designs on both sides of the war, painstaking detail has been put into the models to make even the savviest miniature fan a little bit jealous. 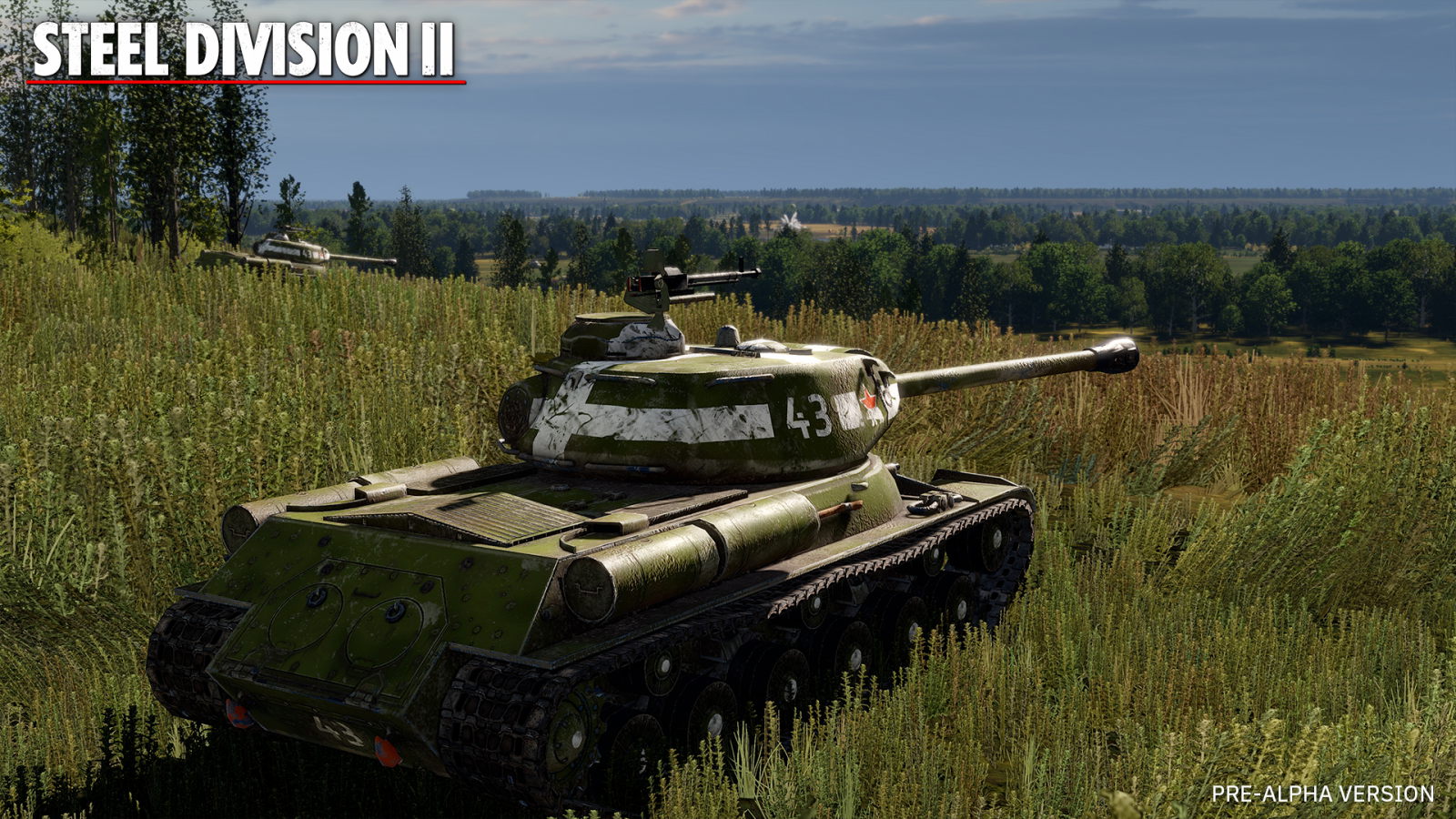 To conclude the demo, Le Dressay reiterated that the number one goal of this game was to make a game for military history fans. From the dynamic strategic campaign map using actual German military intelligence maps to making every unit that was available along the eastern front usable in multiplayer, Steel Division II is meant to revive history in a way only gaming can.

When pressed about a possible release date, Eugen gave a vague release window of 2019, but made sure to mention that this wasn’t concrete. While you wait, you can sign up for the newsletter. How will I pass the time? Oh, you know just listening to this on repeat while breaking in my ushanka, wistfully dreaming of when I can actually get my hands on the game. Until then, dasvidaniya comrades!