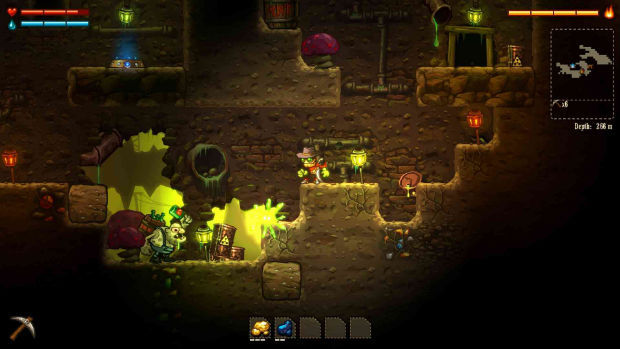 On all the platforms the first game was on

SteamWorld Dig has just hit the Wii U after a launch on the 3DS, PC, PS4, and Vita platforms, but it appears as if the dig isn’t over just yet. Speaking to Prankster101, lead programmer Olle Hakansson talked a bit about a potential sequel, stating that it will likely happen, and that they are already in the planning stages for it.

Hakansson states, “We are actually here in GDC and Gamescom and [trying to] determine the details on which platforms [the game] comes first and so on. So it’s not finalized yet. Our goal is to release it on all the platforms we released SteamWorld Dig on, and a few more.”

I really really enjoyed SteamWorld Dig, but due to its short length it almost feels like a proof of concept in some ways. I hope that the sequel is a deeper experience.