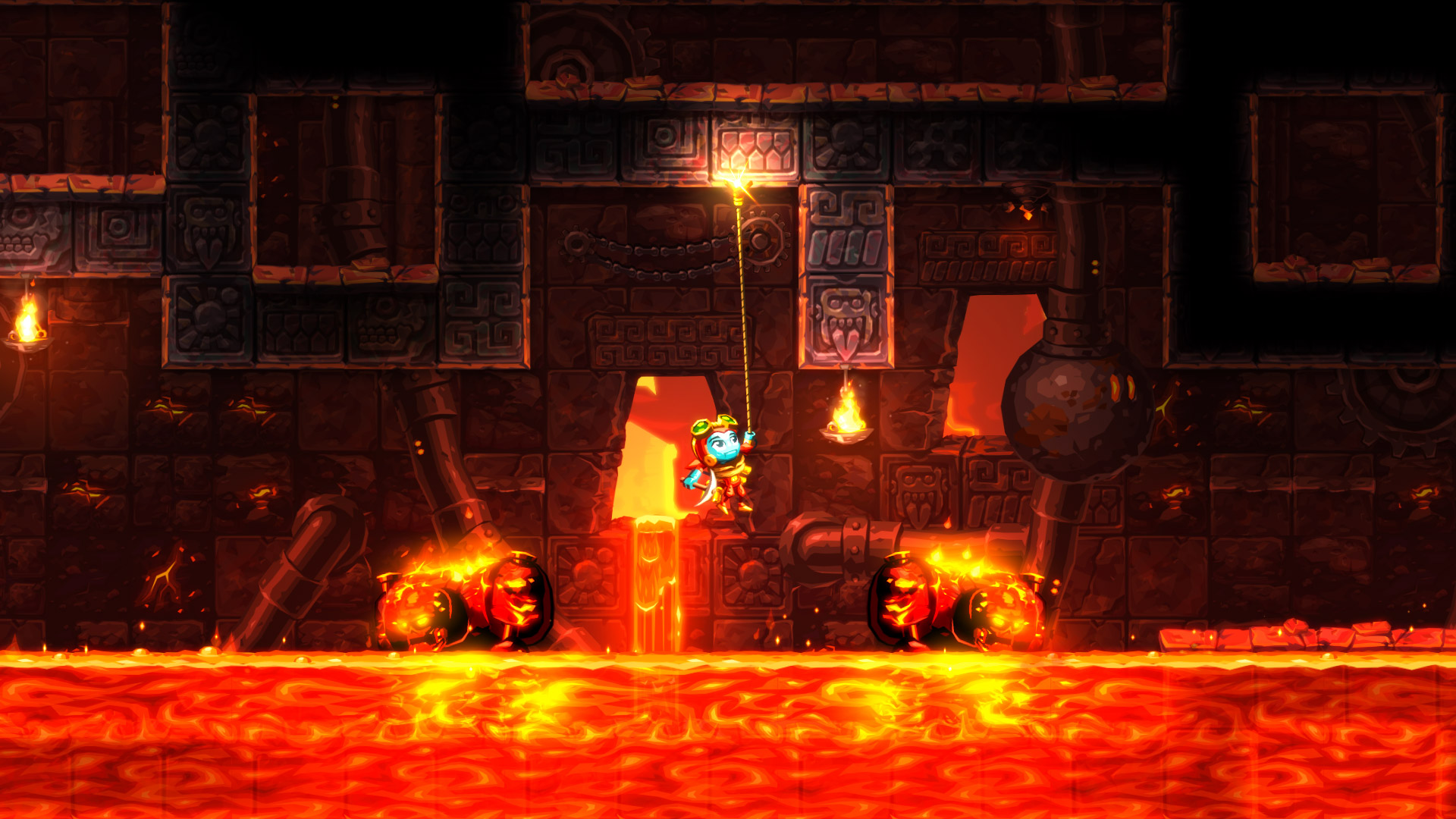 I’ve been playing a lot of SteamWorld Dig 2 this past weekend. I’ve expired my Switch battery at least once sitting by my wife (who’s also playing it on PS4) just taking it in, and now I’m going for a full completion. The thing is, it’s not tedious in the slightest.

In the early days of adventure games, you needed to pixel hunt, and in some cases, basically just guess what “100%” completion entailed. Eventually more detailed maps were added, as were percentage counters, and incentives to actually reach that Herculean task (see: Castlevania: Symphony of the Night).

But it’s gotten better in the past decade or so. Now there’s plenty of tools at your disposal to ensure that you haven’t missed anything — radar-esque items that help you inch up from say 90 to 100%. Now not every game needs that, but the way SteamWorld Dig 2 does it is appreciated.

Tiny checkmarks on the map that help you figure out when a challenge room is completed? Yeah, that’s useful. Full percentage points on the pause screen for individual maps? Even better. A late-game upgrade that also faintly shows gleams where hidden entrances might lie? It’s the best.

All the while you’re earning more currency, buying new gear and upgrading your abilities constantly. Gear that not only makes you more ferocious in combat, but better at traversing the world. Kevin was spot-on in his assessment of SteamWorld Dig 2. It’s a clean, fun Metroidvania that I’ll be revisiting yearly along with the first.