We first heard about Spry Fox’s Steambirds Alliance two years ago, just before PAX Prime 2015. At PAX West 2017, I got to sit down and play a bit of the massively multiplayer online shoot-’em-up, and it was a cool playground for cooperative bullet hell with an RPG bent.

After flying around for a while, the gameplay loop was pretty clear (shoot things, get loot, be better at shooting bigger things), but it felt like I was missing some context. It was easy to understand and it was fun enough for a few minutes, but the demo itself didn’t do much to explain why we should stick with it. 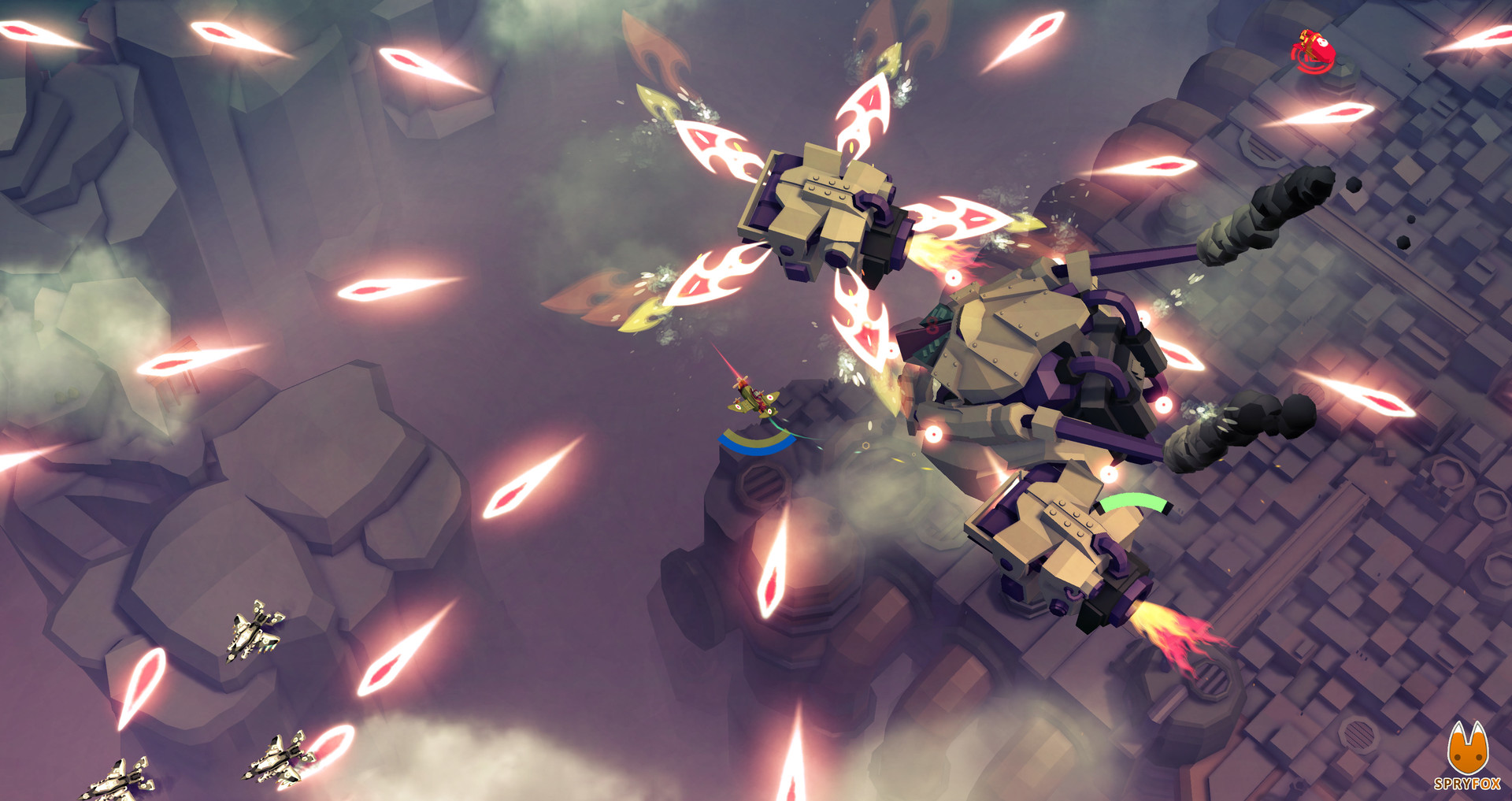 The PAX build got players right into the action. Start it up, join a server, and start shooting stuff. Though it advertises as bullet hell, it’s a bit more forgiving than your Ikarugas or your DoDonPachis. The planes can soak up a few hits safely, and they regenerate health over time.

Other players show up on the map, with icons showing direction to allow for quick informal partying. Also on screen are icons pointing to the big bads that need some bullets in them. There’s a good variety of enemy behavior, so while strategies remain fairly constant (team up, avoid bullets, shoot the evil things), tactics can vary from fight to fight.

Downed enemies drop random weapons and gear, which can also cause changes in tactics. I started the demo with a simple (weak) machine gun, but eventually found a high level sniper rifle, which fired off two hard-hitting straight shots before a fairly long reload time. Other weapons, like spread guns and homing weapons, are also in there.

More interesting is the prospect of different planes to fulfill distinct roles. I only had time with the basic all-around fighter whose special ability was a gas cloud that damages pursuers, but a Spry Fox rep mentioned other planes better suited to acting as medics or tanks. For some of the bigger enemies, he described scenes of dozens of players teaming up to take them down.

So the progression is a nice drip feed of marginally better equipment, and the battles can get big and hectic, but after 20 or so minutes of following an icon to a bad guy, blowing it up, then doing it all over again I couldn’t help but wish for some more variety, or at least for some justification for it all. Spry Fox will include a story mode in the final game to give more direction.

I’ll be checking this out further during the Friday closed beta get-togethers to watch how those parts I didn’t get to experience shake out as it leads up to launch. The PAX demo did exactly what it wanted to, which was get people playing and understanding the bulk of the action, but it felt incomplete without all the stuff that happens between the shooting bits.