Christmas is all about buying games for yourself

A screenshot of an email to a Steam developer has made its way way onto Reddit, and the email shows that the Steam Holiday Sale will start on December 19th and run until January 2nd. The email clearly says that the developer shouldn’t make the dates of the sales public, but I guess they decided to ignore that and share it anyway.

One Reddit commenter says that this email is real, but who knows if he actually knows anything. To me, this email seems like it’s real, and some tiny developer got excited about knowing the sale dates and couldn’t resist posting them on the internet.

We all knew that the sale would be coming up in December, but the exact dates being leaked could cause problems for Valve with other retailers being able to possibly start their sales sooner to beat Valve to the party. 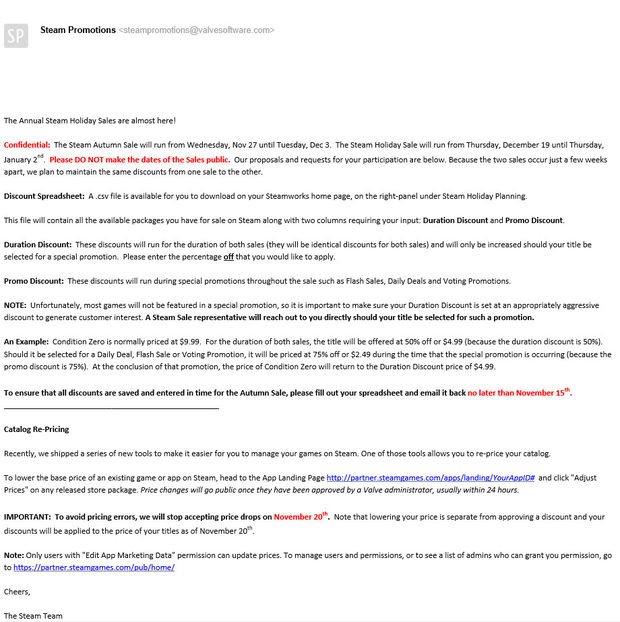