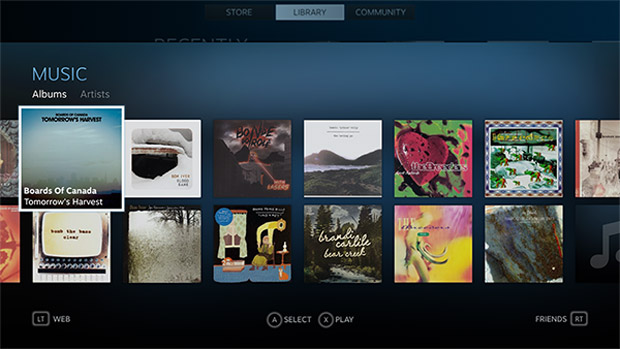 Listen to music in Steam while playing games

Steam’s in-client support of music playback isn’t a feature I’m dying to have, but it is one I will use on a near-daily basis. I’m ready for it. Valve says the beta release of Steam Music is coming soon — first on Steam Big Picture and SteamOS, followed by support for regular ol’ Steam.

As per usual, you can express interest in taking part by signing up for a community group. Valve is initiating this beta “with what we believe to be the most fundamental set of features to offer a great music listening experience within Steam,” so there’ll be plenty of room for feedback.

Spotify support. That’s it for me.