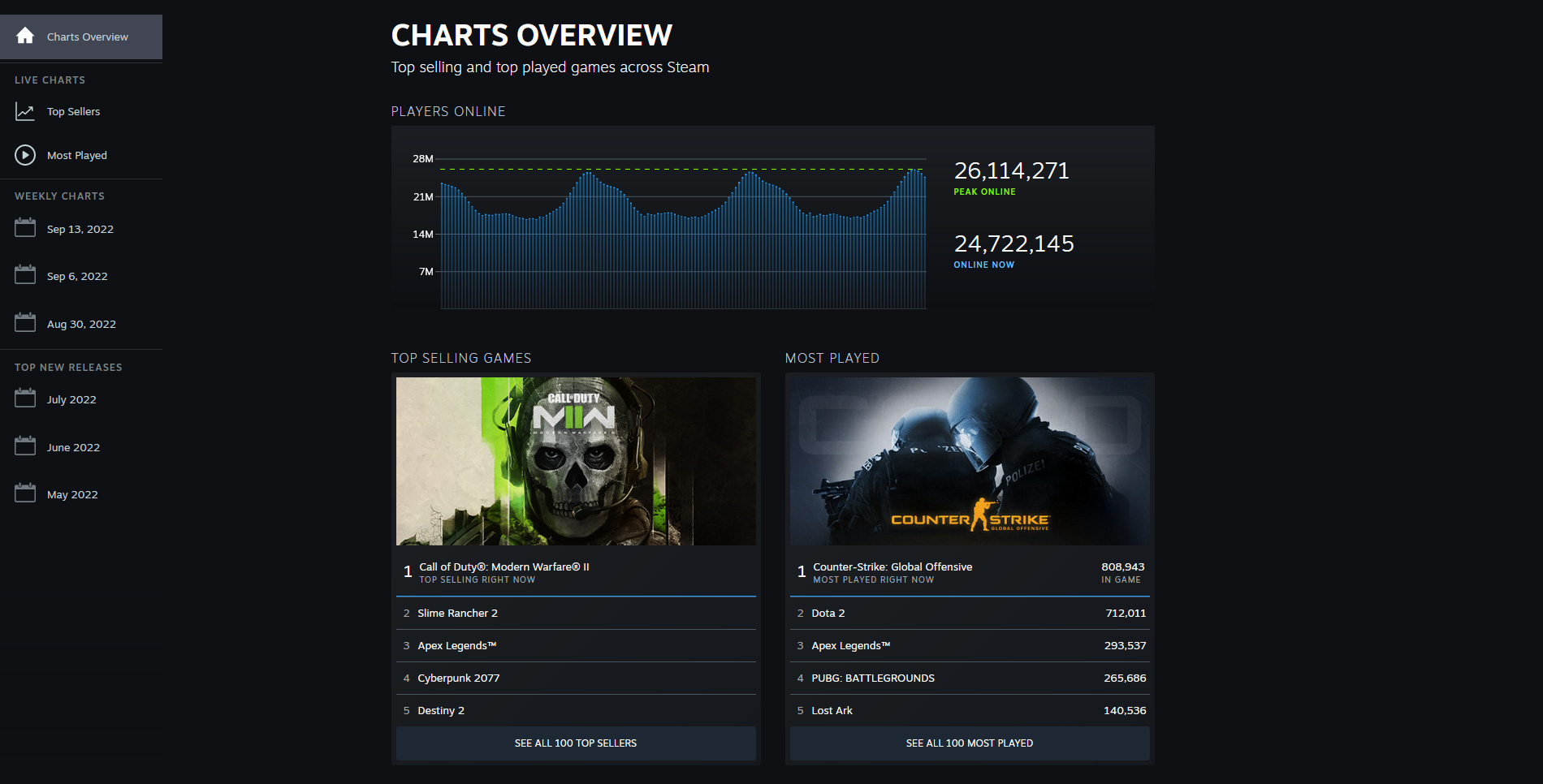 I’m not here to convince you that charts are exciting, but as someone who routinely keeps tabs on the games that are resonating with Steam’s massive audience, I was eager to check out the new Steam Charts hub. At a glance, it might seem like more of a presentation upgrade than anything, but there are some under-the-hood changes.

That said, it’s nice to be able to easily bounce between “live charts” for the top-sellers (by revenue), most-played games (including concurrent player counts and daily peaks), and prior weekly charts. Steam now includes how many weeks a game has been in the Top 100, as well as its rising — or falling — position compared to the previous week. Neat!

A note on revenue: the top-sellers list “charts how well games are selling right now, including all editions (standard, deluxe, etc) of the game as well as DLC and in-game transactions,” according to Valve. “If an individual DLC is selling well enough on its own to make the chart, we’ll show the DLC entry as well so you can see when exciting new game expansions are making a splash.”

By lumping together DLC and microtransactions, the hope is to present “a more complete picture of which games players are excited about getting into and continuing to play.”

Free-to-play games are featured, too. “Traditionally our top-sellers charts have only included revenue from premium game purchases, but that was obscuring the hugely popular free or inexpensive games in which players purchase season passes, huge expansions, or other forms of new content. This format also lets us combine multiple editions of the same game so as to avoid duplication on the charts.”

It’s mildly interesting stuff, in general. But for me specifically, Steam charts have been a great way to find out about fast-rising games that were off my radar, which I can then look into and potentially share with the rest of you. (Hang in there, Trombone Champ.)

Seeing that 24 million people are online on a random Friday is freaking me out, though.