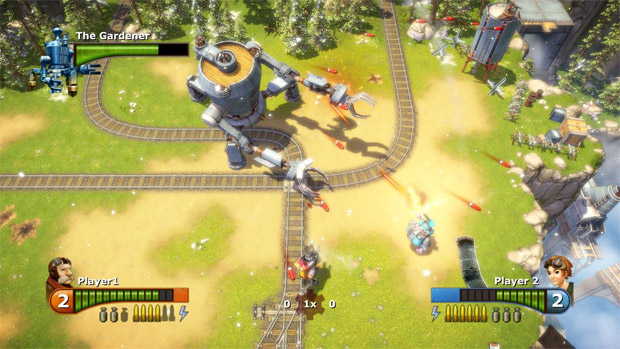 Steam has been doing its Midweek Madness sales for so long that, come to think of it, they don’t seem quite so mad any more. Somehow, I’ve been desensitized to deals like 60% off Bastion and DustForce for half price. If these small purchases didn’t add up to scary amounts of money, I’d almost feel guilty.

Just in case you missed out on Alasdair’s highlight of the pair, allow me to be that dude who asks you to sign his initiative to legalize marijuana multiple times in the span of two days, but for indie game sales.

Elsewhere on the platform, Electronic Arts has a bundle of independent games it’s published. The selection is largely good, ranging from the Shank series to DeathSpank to Gatling Gears. Bundled together, the titles are 70% off — but even if you’re only getting one or two, you’re still saving a respectable 50%.