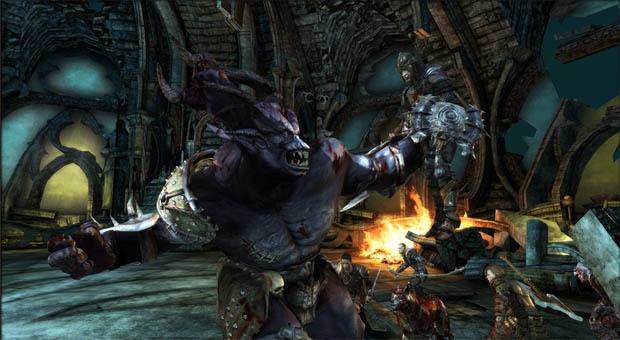 Product pages have just gone live on Steam for both the regular and Digital Deluxe versions of Dragon Age: Origins, and it looks like those who pre-order from Steam will be getting a separate bonus item, the Wicked Oath ring, in addition to the Memory Band preorder bonus being offered by every retailer.

The Wicked Oath ring boosts your combat and damage abilities, and looks like it will be great for melee based characters. In contrast, the Direct 2 Drive unique preorder bonus was announced a while back as the Dalish Ring, which gives you health and health regeneration boosts, while GameStop is getting the Feral Wolf Charm which, in addition to giving you a health regeneration and armor bonus, apparently makes you ‘enchanted by scantily clad witches’.

While the Steam page is live, at the time I wrote this you couldn’t actually pre-order the game yet. Nevertheless, it’s clear that the option will be coming soon. You can see the page for the regular version of the game here, while clicking here takes you to the Digital Deluxe version.

Which pre-order bonus most appeals to you? If you’re getting the game, are you gonna nab the Digital Deluxe version, or stick with the regular one?