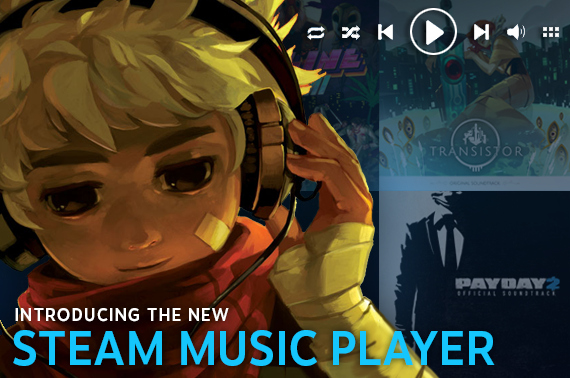 Listening to music while you’re playing games? Psssh. That kind of stings to think about as an aspiring videogame musician. But I get it. I’ve done it. Racing games have me reaching for my own music collection all the time, as do puzzle games. And if you want to be really cool you’ll listen to soundtracks from other videogames while playing games.

Steam gets its own music player. It pulls from your collection on your hard drive as well as your Steam Soundtrack downloads. The Steam Music player is built in, found right in the Overlay, letting you control your playlist without leaving your games. It supports playlists, too.

To celebrate, Valve has made several DLC soundtracks free for a limited time (ending October 1).

Seriously, “Dance of the Sugarplum Fairies” does amazing things for my lap times.