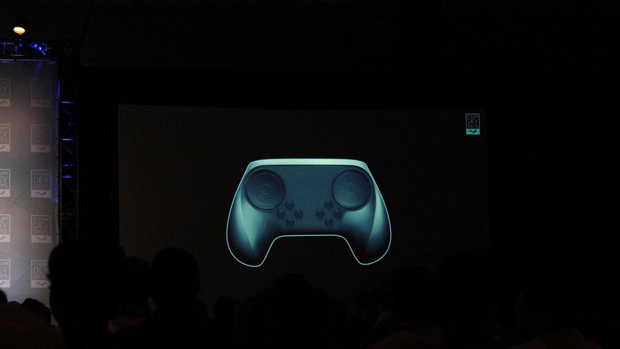 Developers attending Valve’s Steam Dev Days event have been tweeting like crazy. One of the more notable reports to come out of this developer-only conference is that the divisive Steam Controller will undergo serious changes before it’s available for purchase.

They really meant it when they said this was a hardware beta — the gamepad’s middle touchscreen is gone, there’s a directional pad, and the A/B/X/Y buttons have shifted to a more traditional formation. The changes are said to be for the sake of backwards compatibility.

The image above represents a work-in-progress design, but it gives an idea of what Valve is thinking for its latest iteration of the gamepad. It may still be goofy, but my desire to try one of these out is as strong as ever. Here’s a 3D-printed model of the new design.