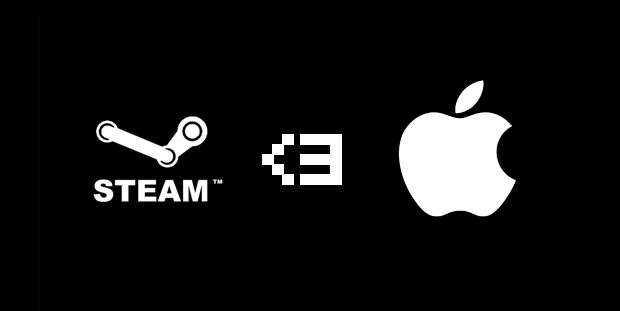 You probably knew it was coming, but that doesn’t make this confirmation any less exciting. Valve went all out with an information dump today, saying more than just “Steam and Source are coming to Mac.”

For starters, there’s this new feature called Steam Play. Essentially, it’s the thing that lets you purchase games for PC and play them on your Mac (or vice versa) at no additional cost.

To make matters crazier, Steam Play — when the developer opts to include it — allows you to switch between Mac and PC versions of the same game without losing any progress; you can pick up exactly where you left off.

Expect to see all Valve games simultaneously launch on PC, Mac, and Xbox 360 — Portal 2 will be the first one to hit PC/Mac on the same day. Valve also says the two platforms will be connected through multiplayer, and all updates will hit simultaneously as well.

Finally, Left 4 Dead 2, Team Fortress 2, Counter-Strike, Portal, and the Half-Life series will be available for Mac in April. See, I told you this was more than a simple confirmation!