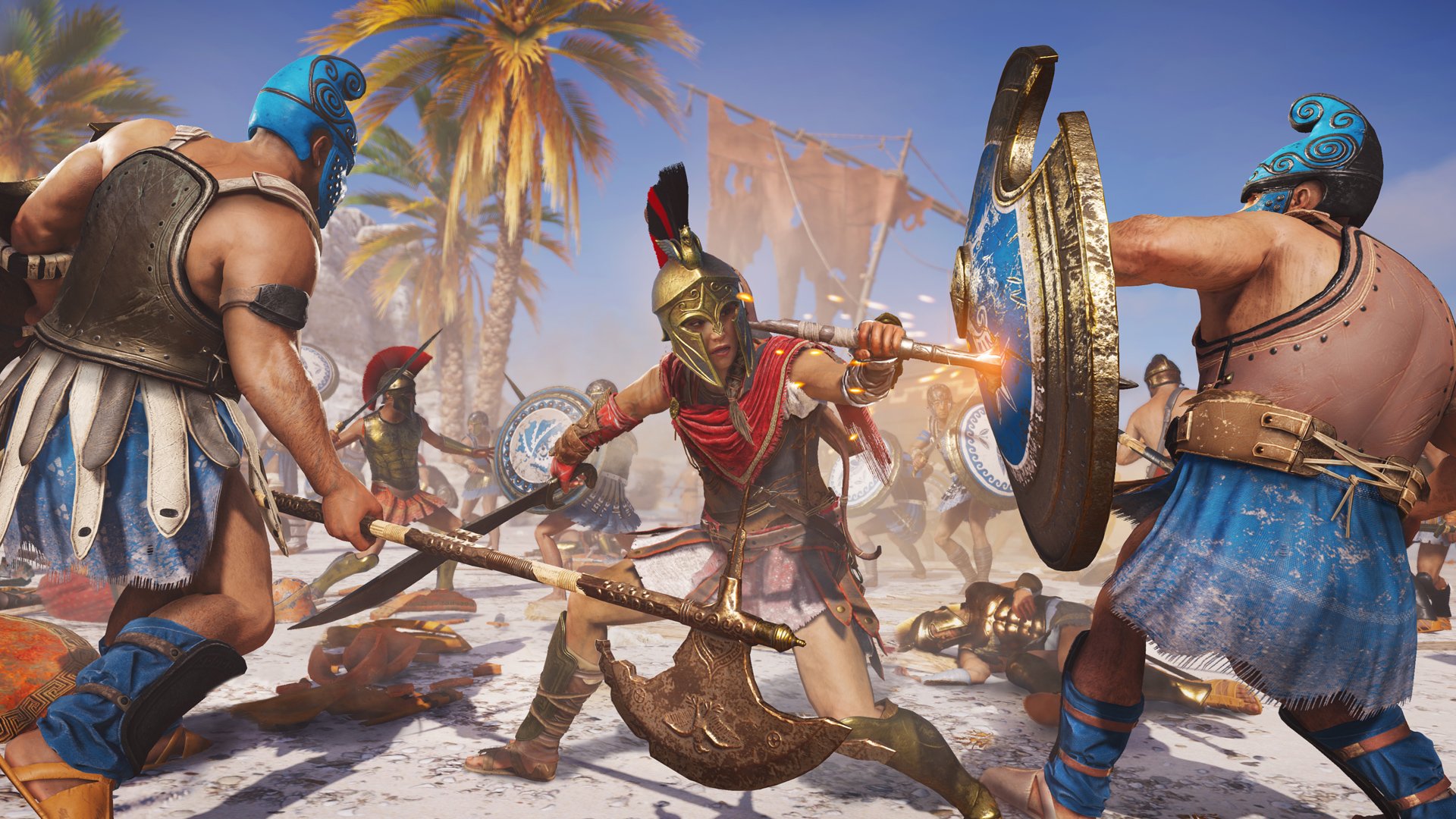 For Sparta! Or Athens

It’s mid-March, the weather is finally taking a turn for the better, and everyone has that spring fever where they’re itching to spend their weekends out and about. Bad news, and I don’t even have to explain what the bad news is.

You can see what the fuss is about with no financial risk. This weekend, Ubisoft’s making Assassin’s Creed Odyssey free from March 19 through March 22 on Steam, Epic, Uplay, PS4, and Xbox One. There’s kind of a catch though: You’re probably not going to finish it in those four days. It’s a very big game. If you’re hooked, you’ll have to buy it to see out the story. At least progress from the free weekend carries over.

The free weekend FAQ mentions a few things that are worth passing along. Playing on Xbox One requires an Xbox Live Gold subscription. Trophies are disabled on the free PS4 version, and earning them after purchasing the game requires going back and re-meeting the unlock criteria. Also, due to some “technical mumbo jumbo” (Ubisoft’s phrasing, not mine), anyone on Epic will have to re-download the 52GB game if they upgrade to the paid version.

Anyway, this is probably a hard pass for anyone who has Animal Crossing or Doom lined up for this weekend. But for those of you who don’t want to spend money, it beats binge-watching Temptation Island.