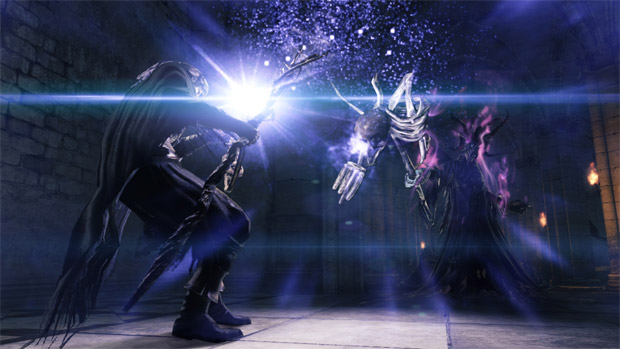 PS3-only in North America and Europe

Namco Bandai has promised a closed beta for Dark Souls II and before you freak out too much, let’s cover the basic details. I mean, you can lose it a little bit — it’s Dark Souls — but let’s not go overboard. First, this will be exclusive to North American and European players on PlayStation Network when it starts October 5, 2013.

Second, and more importantly, they’re making us work for it. All Namco has said is to check out the official Facebook page beginning September 5 for updates on the registration process and other relevant details. Grr. There is a tease of what the beta has in store, though: “one of the most treacherous areas” in the game, with the freedom to do some exploration.