I’d be stuck in these handcuffs forever

I haven’t spent much time with PlayStation VR because there has yet to be a game to really pull me in. While the games have seemed cool, I never truly felt like I was fully immersed in another world like much of VR’s advertising promised me. But Statik changed all of that.

After I got some hands-locked time with it at PAX South, I couldn’t stop thinking about how cool it was. Also I quickly realized if I found myself actually woken up in a room with my hands in a puzzle I’d starve to death in no time. 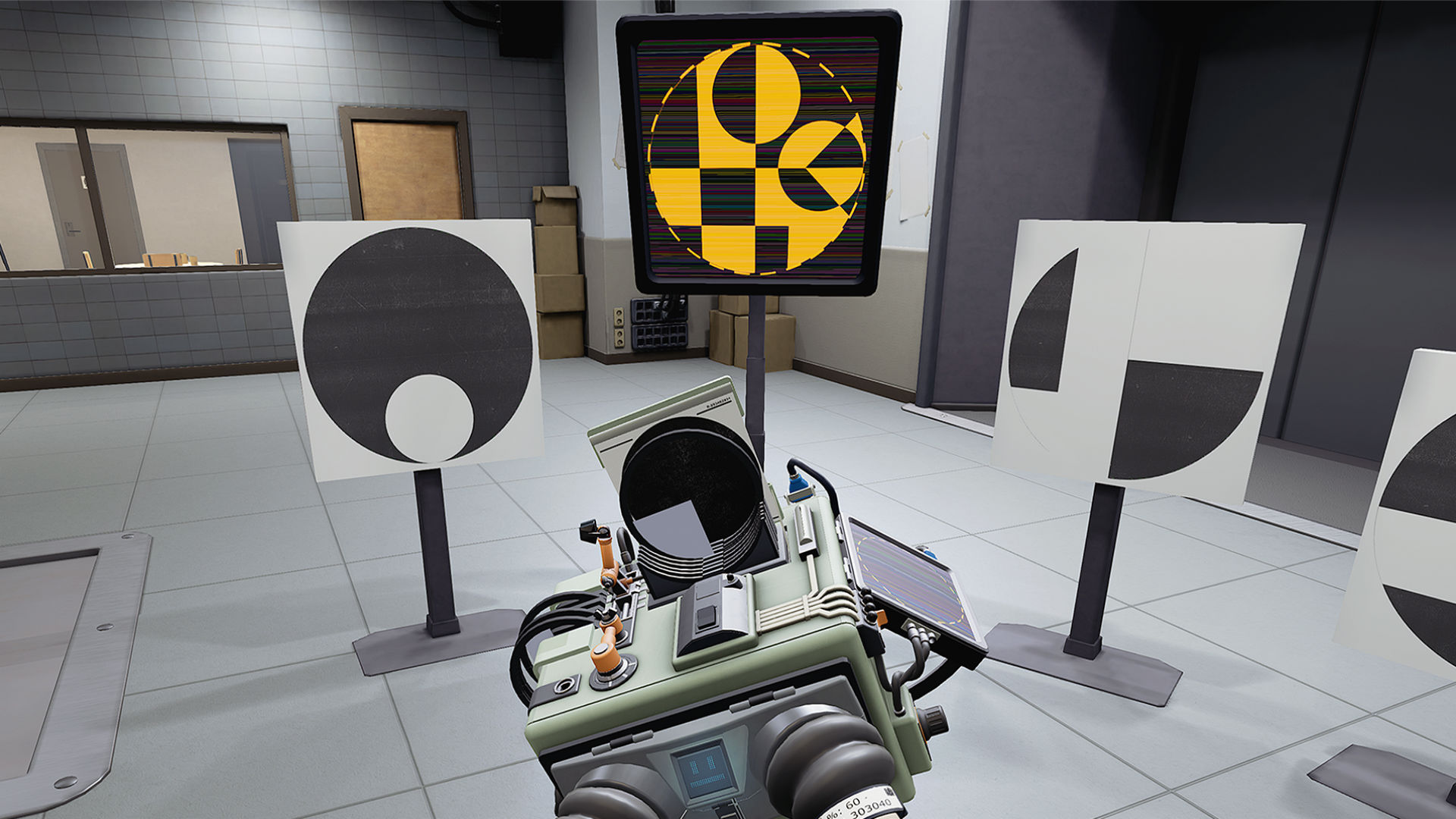 In Tarsier Studios’ Statik, you wake up in a room (as the screen comes into focus almost as if your eyes are actually opening) with your hands locked in a box. There’s no telling how you got there, but there’s a mysterious doctor watching your every move and occasionally dropping sarcastic hints should you get stuck. You interact with the puzzle using the DualShock as every button on it moves one bit of the puzzle. It then becomes a matter of figuring out what buttons to push in what order to advance through each phase of the puzzle.

In the first one (pictured above), I had to figure out how to get a projector to work in order to project shapes onto white boards in front of me, then had to discover how to use the given slides to match the shapes, which, after a while, I learned I could rotate. When I matched all of the white boards, I then had to use a graphic to match a black and yellow design in front of me. Then I got stuck. Several minutes of trial and error later, I haphazardly found another board to project onto. But instead of unlocking the cuffs, a receipt printed out as a sort of congratulatory certificate and I passed out again. 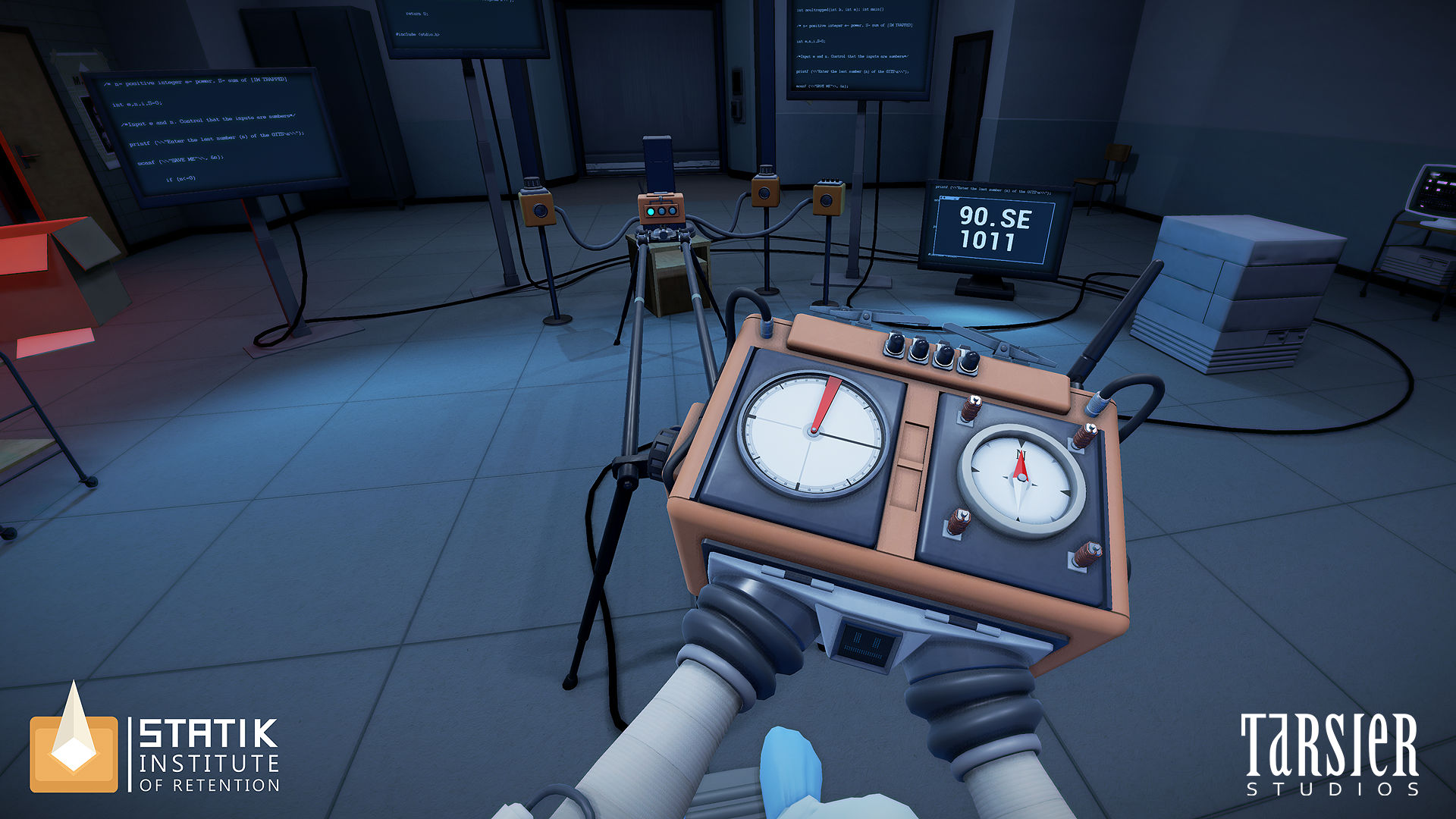 The second puzzle (pictured below) was much harder, but also ten times cooler. It involved configuring lights into a pattern, moving a cassette tape into a dock, playing and rewinding the tape’s message — which eventually resulted in me ridiculously putting the puzzle/controller up to my ear, as if I’d be able to hear it better — to arrange accompanying pictures, and finally using a blacklight to reveal a final color pattern to end the level. The greatest part about all of this is how invested I got into these puzzles. With the added immersion granted by the VR headset, I felt a strong drive to work my way through each puzzle. I got frustrated when something didn’t work, and then felt a strong “eureka” when I stumbled on a solution. The puzzles I played were clever enough to stump, yet not too solvable to bore. I felt so smart, yet felt ridiculous for how I was reacting to it in front of a crowd of people at the PAX booth.

But I can’t wait to embarrass myself in the privacy in my own home. Since I felt rushed through the demo (I didn’t want to hold up the line), I occasionally asked for hints when I wished I had time to solve it on my own. Statik is the type of game where you’d want to sit for an hour or two and really explore how each puzzle works. It’s methodical, and very deliberate in its design. 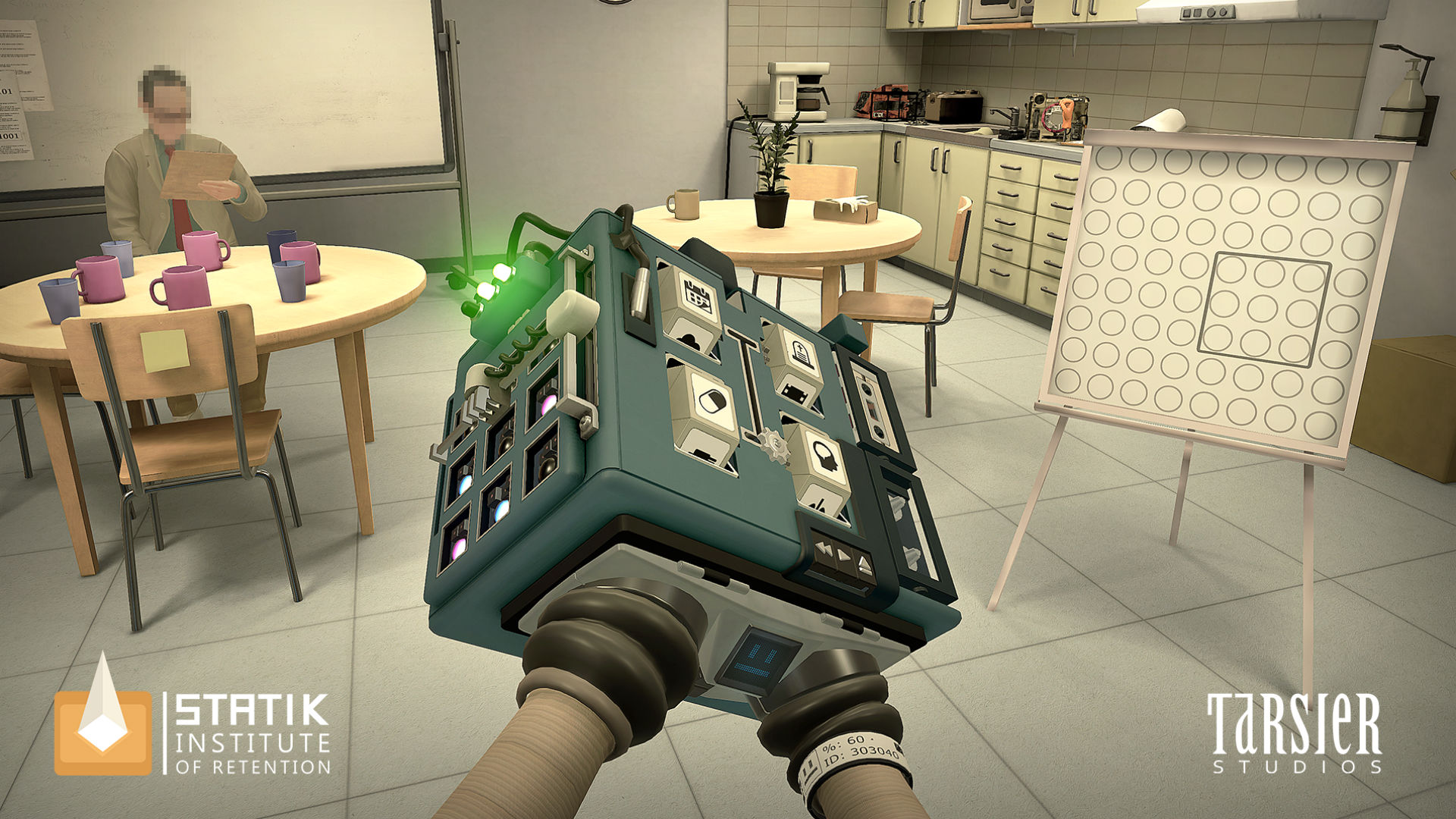 Tarsier Studios mentioned the single-player campaign would eventually reveal why my hands were locked in a box, and the doctor present during each test will play a major role in that. Also interesting is a planned multiplayer mode with harder versions of each of these puzzles and a mobile app that will allow friends to help you through each test. That’s something I can’t wait to try out either. Watching others play through each puzzle was a neat experience, and I’m sure they felt the same watching my genius idiocy.

Statik is set to release for PlayStation VR this spring.