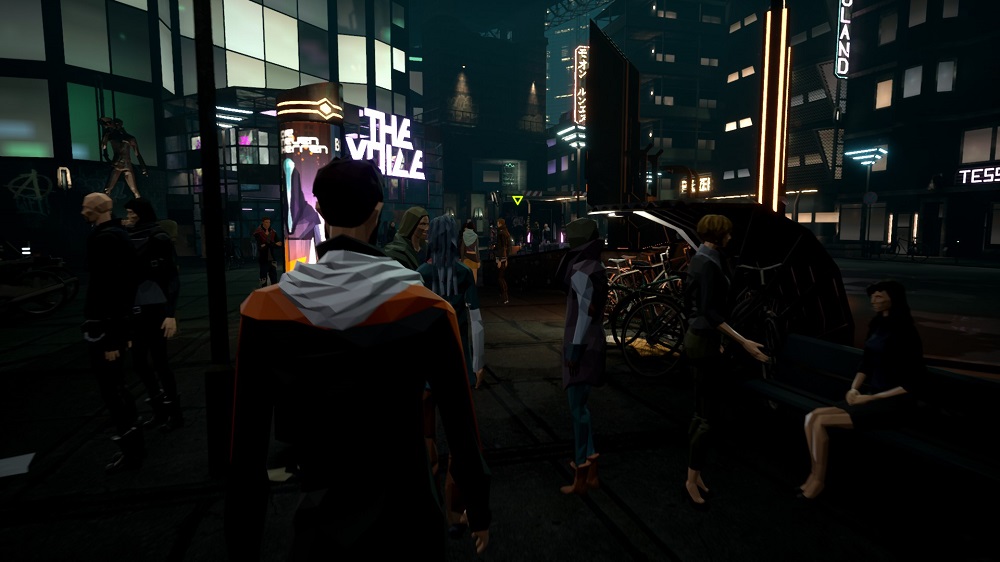 Berlin, 2048. The world is fast running out of resources, patience and peace. A middle-aged man, Richard Nolan, wakes up in hospital following some sort of accident. After some preliminary tests he is sent home and crashes out in his inner-city apartment. When he wakes up, his wife and son have packed their bags and are seemingly gone without a trace, replaced by an overly-friendly butler droid.

Meanwhile, somewhere else, another man wakes from his bed also. This man, Adam Newman, lives in a very similar, though altogether more opulent home. He too has a wife, a son, and a (much more state-of-the-art) robot, all of whom are happy, relatively successful, and apparently living in cyber paradise.

Where is Nolan’s family? What happened that fateful night of the accident, and how are the lives of these two similar, but diametrically opposed families interlinked? That is for you to find out in State of Mind, a story-driven adventure game from Daedelic Entertainment. Ahead of its August release, I spent a few hours with the neo-noir mystery.

State of Mind is very much a narrative adventure, the player controls characters through a futuristic, undeniably Blade Runner-esque universe, interacting with objects, using fancy technology and engaging in conversation with human and droid alike. In few hours I’ve put into the game, there has been basically no “action” gameplay. Just walking, conversation, environment exploration and some minor, occasionally obtuse, puzzle work. Control is handled by keyboard and mouse or gamepad, but in both cases is a little unruly.

The cast is comprised of stylised, polygonal characters, like an improved version of that Dire Straits’ Money for Nothing video your dad likes. Although animation is relatively smooth, the faces aren’t all that capable of expressing a wide range of emotion, save for the arching of eyebrows. As such, the combination of dialogue-driven gameplay and robotic character models immediately recalled many PC adventures of the ’90s. All that was missing was the constant swapping of discs.

The mystery here is definitely intriguing, with drip-fed clues leading the player’s mind down various paths. There’s also some unique ideas, such as main protagonist Richard being, frankly, kind of an asshole. Unfortunately, some sub-par voice-acting from some of your friends and enemies occasionally pulls you out of the moment. When your models are stylised, you really need the voice-work to knock it out of the park in order to hold the atmosphere, but some of State of Mind’s characters are left wanting.

Speaking of atmosphere, the in-game world is excellent. The contrast between Richard and Adam’s lifestyles, neighbourhood – and even friends – is superbly realised and cleverly designed. Elements such as hologram billboards, doors that seem to evaporate as you approach them and even household items (such as the charming futuristic piano) all quickly establish a society that should have everything figured out, but are somehow on the brink of total extinction. This shifting style is punctuated with a fantastic electronic score.

I don’t think State of Mind will be a particularly lengthy adventure – and it has its share of flaws, but Daedelic have captured a strange and magnetic aesthetic for this title, at once futuristic and old-school, while telling a tale that could fit just as well into the 1930’s – or the 1990’s – as it does into 2048. State of Mind won’t appeal to everyone due to its measured pace, lack of action and specific look, but for fans of neo-noir storytelling, or just those who ran the gauntlet of “cinematic adventures” a few decades ago, it might be worth taking a trip down (lost your) memory lane.

State of Mind launches on PC, PS4, Xbox One and Nintendo Switch August 15.