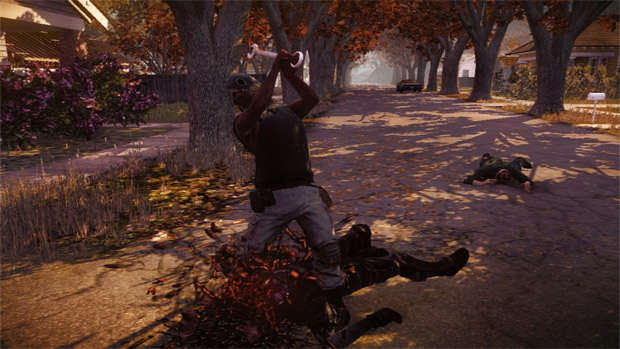 And some details on title update three for XBLA

Undead Labs has disclosed more information about the upcoming PC version of State of Decay which can’t seem to get here soon enough. It’ll be out this year with the full release preceded by a gamepad-only version on Steam Early Access. The actual game content itself will remain the same, but the transition to PC will see improved graphics, support for higher resolutions, and an improved framerate.

“What the PC version also won’t have are modding tools (for time/testing reasons), but we have no objection to mods or modders, and we look forward to seeing what our PC players come up with,” wrote director of community Sanya Weathers. A standard PC port from the sounds of it, but still a PC port nonetheless. I’ll hold steady and continue waiting.

As for State of Decay on Xbox Live Arcade, Undead is concentrating on title update three. The ability to bring a non-player character on missions is coming. The developer is looking into letting players put rucksacks into vehicles in a later update, but it’s not a sure thing at this point. Expanding sniper rifles to allow for a zoomable scope system is, however, not possible given limitations with the way the map loads in State of Decay. Bummer!

Lastly, the studio brought up the anticipated sandbox mode. “Without going into too much detail (although details are coming within a week), you start in the world, build your community, clean the valley out – and when it runs dry, you can leave with some portion of your community and go to ‘the next valley.’ The next valley is the same map, repopulated with resources…but harder. More zombies. More difficulty. Just…more.”

Filed under... #State of Decay#Updates#Zombie