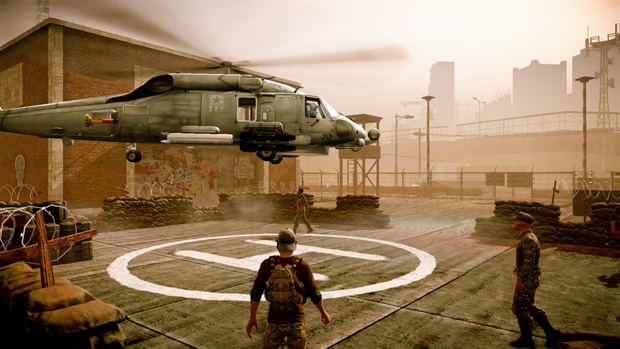 A military operation in an overrun city

Undead Labs will take State of Decay to a new city with its upcoming Lifeline DLC releasing May 30, 2014 on Xbox 360 for $6.99. Here’s a trailer showing that, yeah, this definitely looks like an extension of the core game, for better or worse. That said, the change of scenery will go a long way — I can’t be the only one who rapidly grew tired of the original setting.

Lifeline has you and your military buddies saving survivors and generally just trying to keep the infected out of your base of operations, whether that be through traps or sharp shooting.

A free title update for State of Decay is also being prepared for this weekend. It will add a much-needed trunk interaction to vehicles, allowing players to load rucksacks for easy transportation of those resources back to their home base. Which is all I need to know. Great!