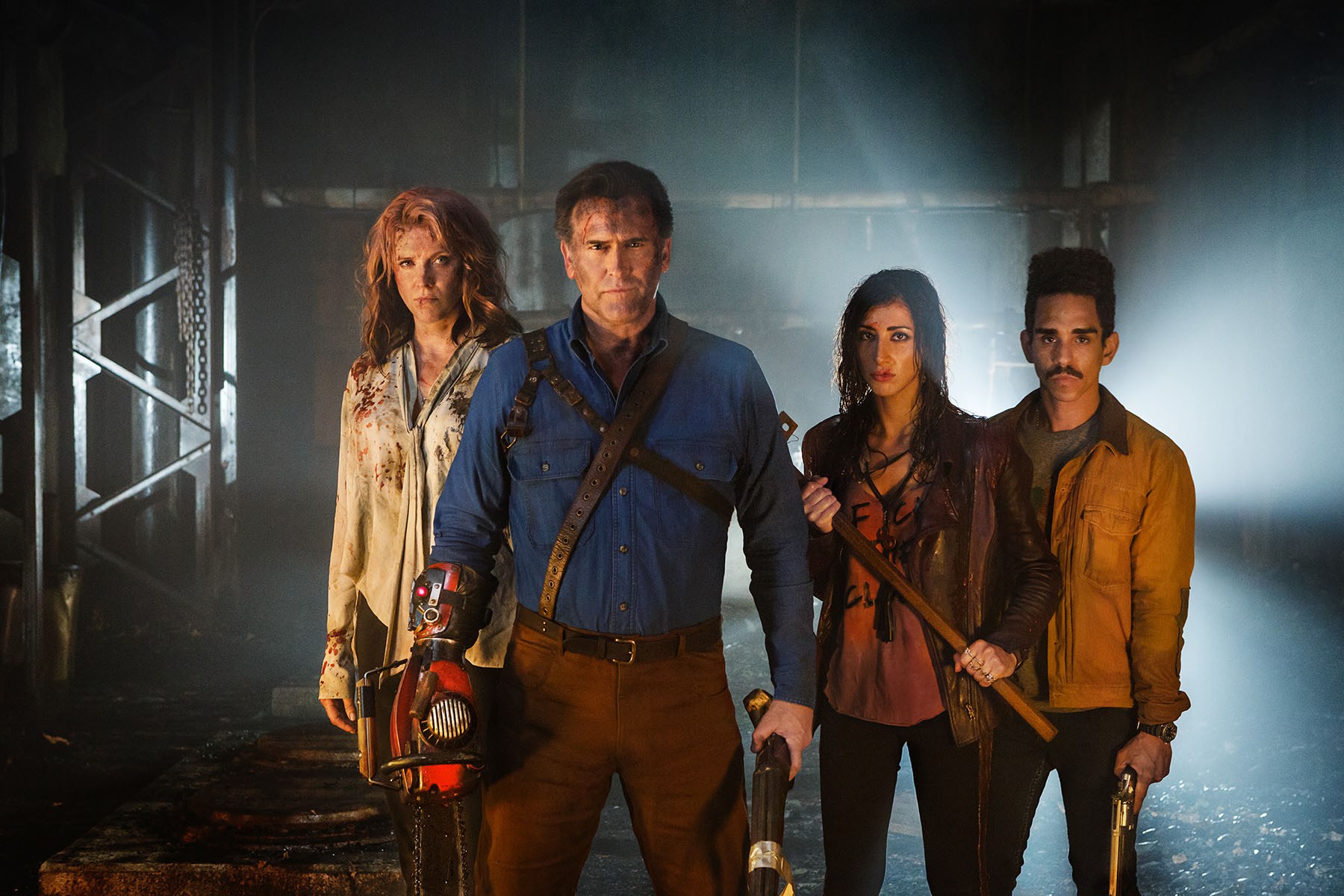 Starz has announced that Ash vs Evil Dead will not be renewed for a fourth season. After the April 29 season finale the show will be cancelled, ending a run that painted our screens in prolific amounts of gore and blood, not to mention returning “The Classic” to the small screen. I have to say, I’m partly to blame as I don’t have a Starz subscription and would just wait for the season to be done to binge it on Amazon by subscribing for a month.

Sorry about that, Bruce Campbell.

The show, which started off with solid ratings in season one, had had slumped down to only 225,000 viewers by the time the third season rolled around. It’s too bad since it was a ton of fun, and wasn’t shy of being a gory mess with cheesy effects, and one-liners coming out of Campbell’s mouth every other second. There were some pretty classic scenes through the first two seasons, and the writers and producers did a good job in tying it all in with the plot and tone of the films. Of course, I haven’t watched the third season yet so that could all not be true anymore.

The point is that we’ll no longer have a guy with a chainsaw for a hand on our televisions, and that’s not groovy. Not groovy at all.

By the way, if you’re one of the people that hasn’t watched the show at all, it’s on Netflix (U.S.) now, and it’s incredibly bingeable.