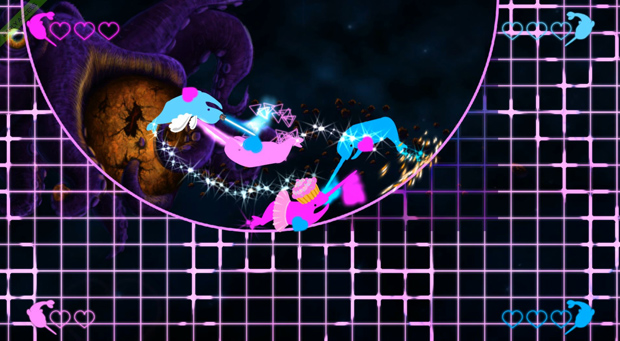 ‘A simulation of dreams in an ocean of the mind’

This isn’t my first time seeing STARWHAL: Just the Tip but I can’t for the life of me remember the reason why I neglected to tell you fine people about it. It better have been good!

No matter — I prefer writing about stuff that you all can go out and immediately try for yourselves. Anyway, this is a local multiplayer game for PC/Mac in which spacefaring neon narwhals do battle and it’s now up on Steam Early Access for $9.99.

Impaling my closest friends and soon-to-be enemies as a majestic Starwhal does sound appealing. Developer Breakfall says it will be “rolling out with multiplayer features first, bit by bit, and then later will release the final release version that includes single-player challenge mode.”

The team is targeting May 2014 for completion, and the price “will probably only go up once all the new features are included.”