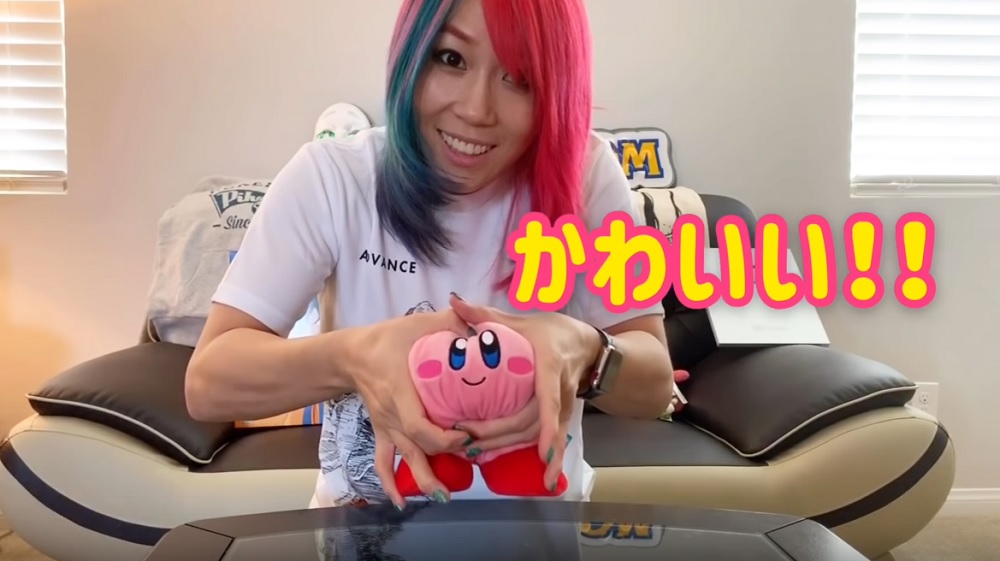 Back in September, we reported how WWE star and dedicated video game collector Asuka had started her own gaming channel on YouTube. Since then, KanaChan TV has been awash with cute, intriguing, and often downright bizarre videos, which spotlight the WWE Tag Team Champion visiting arcades, playing Final Fight, and… erm… shredding cabbage.

This week, Asuka, (real name Kanako Urai), took on her toughest opponent to date, far deadlier than Becky Lynch, Hikaru Shida, or even Charlotte Flair, as the Empress of Tomorrow battled with an unruly toy in the form of everyone’s favourite adora-blob, Kirby.

Having purchased “Kirby Side-Step” from a store in Japan, Asuka “performed surgery”, (that’s putting the batteries in to you and I), but was then forced to wrestle with the fact that Kirby did not, in fact, want to Side-Step at all, and he frankly took a bit of a beating in Asuka’s efforts to get yer boy dancing…