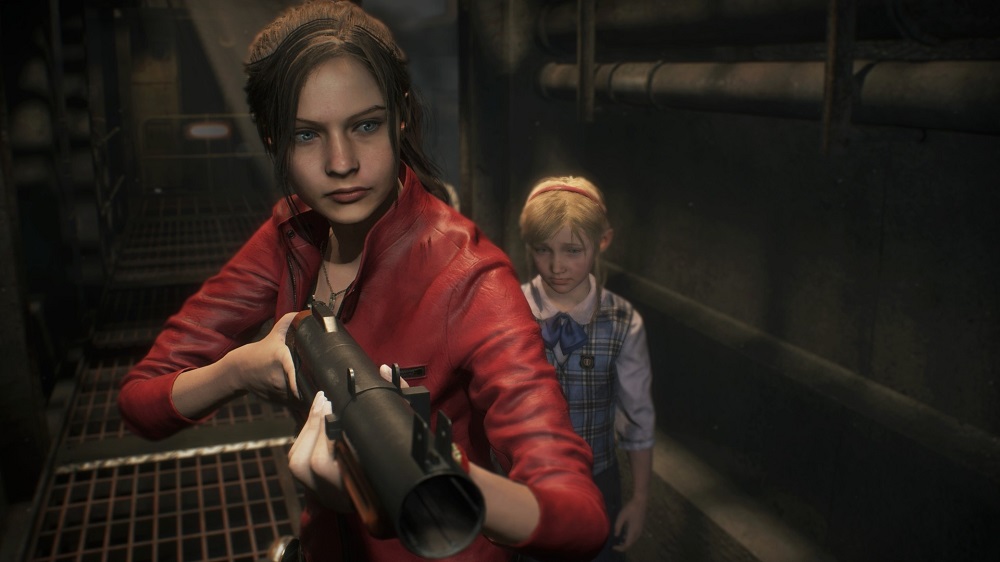 It’s Monday morning, which sees many of us grumbling out of the house for another week of work. Here’s hoping I can redress the balance somewhat by showcasing this video, featuring 30 minutes of footage from Capcom’s upcoming survival horror remake, Resident Evil 2.

Recorded by Capcom UK, the video features a solid half-hour of spooky exploration and action featuring everybody’s favourite Disc 2 star, Claire Redfield. Ponytail and leather jacket in check, the intrepid Claire wanders her way through the corridors of the Raccoon City Police Department, where she encounters a couple of familiar faces, and not all welcome ones.

The video does feature constant narration from Capcom’s Resi Community Manager Kat (just Kat) and her guest, fellow Community Manager Matt Edwards, so you unfortunately can’t really hear any of the gameplay. Still, it’s great to see the upcoming release looking so fine.