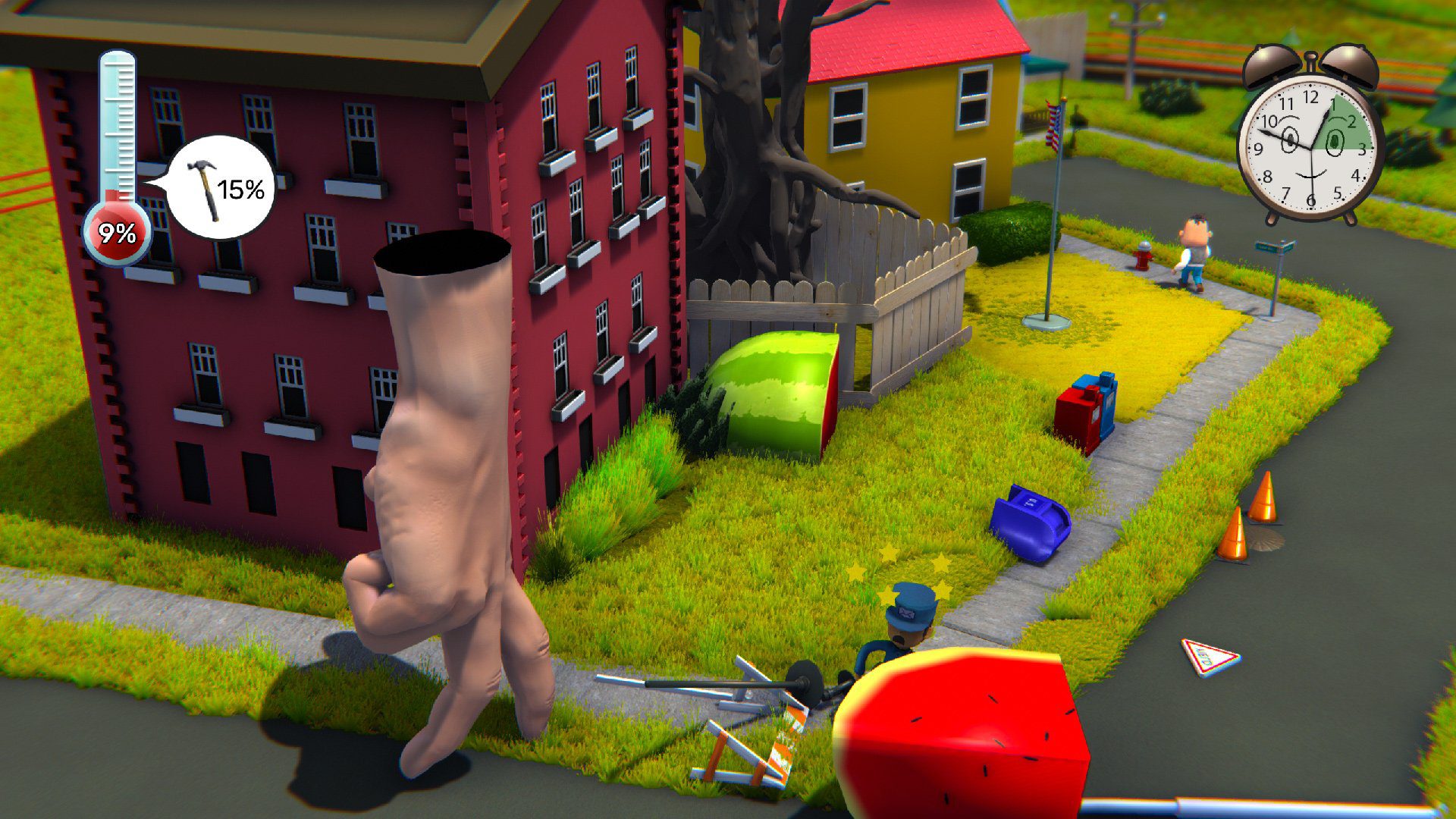 As a multi-genre adventure drawing from rhythm gaming, role-playing, and claymation, Starstruck: Hands of Time isn’t easily classified, but that’s a good thing! The upcoming PC and PS4 title from Createdelic brings me back to the let’s-try-anything-and-everything oddball energy of the PS1.

As much as I’m more interested in the “giant destructive time-traveling hand” that strolls around like Thing from The Addams Family and stomps a playground-esque diorama city, I respect Starstruck for trying to blend other elements (like guitar gameplay) into a multi-protagonist puzzle adventure.

The first act – around an hour of two or gameplay – is readily available on Steam in a Prologue demo.

As for the final release, it’s planned for PlayStation 4 and PC in 2021. What a cool-ass game.